Difference between an appliance plug and regular zwave plug?

What is the difference? Can you use an appliance plug with regular lights? Also, could you use a zwave plug on a garage door opener to control opening and closing it?

Without specifics the difference is probably just the current handling capability of the plug. A plug designed for high power can be used for lower power applications, but not vice versa.

I don’t know of any garage door openers that open and close based on the power being removed or restored. If you have one that works that way then I guess you could use it.

Some people do a plug as a extra line of security on their garage doors. They can turn off power to the controller so it can’t be opened.

I just wondered because the garage door is plugged into an outlet. But I suppose that is just supplying the power and the commands come from the controller.

Look at the specs for the devices you’re interested in and compare the differences in amperage/wattage that they’re designed to handle (and HP if it’s designed for motors too).

For the most part, switches are switches, and it doesn’t matter whether you plug a light or appliance in as long as you don’t exceed the rated specs.

But you can’t plug anything into a dimmer other than a dimmable lightbulb.

I don’t think you’re going to get any kind of useful control out of your garage door opener by cutting the power to it with a smart outlet. Unless you wanted to use the plug to disable the door opener I guess.

What is the difference? Can you use an appliance plug with regular lights? Also, could you use a zwave plug on a garage door opener to control opening and closing it?

There is no standard definition so different manufacturers will use different terms, but typically if a manufacturer calls something an “appliance module” that means it can handle something with a motor. As @marktheknife said, if that’s the case the specs, often printed on the back of the device, will also say how large the motor can be, usually 1/4 hp or 1/2 hp.

And as @terminal mentioned, usually, but not always, something labeled an “appliance module” Will also be able to handle a somewhat higher electrical load, often up to 1800 W on a "resistive load.

The next sections are a long and detailed description of the differences, but if you’re not interested in all of that, just jump to the conclusion at the end.

Appliance modules can handle a small motor like a blender, but can’t dim lights

In the US, code in most places requires that an outlet be able to handle 15 A, and appliance modules commonly match that, although some max out at 10 A or 12 A so you always need to read the specs for each individual device you are considering.

Finally, an “appliance module” will never be dimmable. that’s because the way you do dimming for lights can damage a device that has a motor like a small blender. (or using a device with a motor will burn out a dimmer module. Or both. The physics just don’t match up.)

The ones that can handle small appliances can also handle lights.

They just won’t be able to dim them. The ones that are intended only for lights and dim them should not be used with anything that has a motor.

Also note that the idea isn’t necessarily that you are going to be automating everything that gets plugged into this – – rather, it’s that it should be safe to operate if somebody just comes in the room and plugs in a device typical for that room and start using it.

So let’s look at the specs on two plug in pocket sockets from GE/Jasco.

The “GE Smart switch” says it is for both lights and "small appliances."

It can handle up to 600 W of incandescent lights or

That would handle most small blenders, many small hairdryers, a typical toaster, most coffeemakers… Your typical “small appliances.”

It can handle up to 300 watts of incandescent lights

Or 100W of dimmable CFL/LED lights

And there’s a separate set of specifications for the outlet which is not zwave controlled, it can handle up to 1500 W of a resistive load.

Most devices that have motors will have a three-pronged plug, so this is the manufacturer’s way of trying to keep people who are just visiting like babysitters for housecleaners from plugging something with the motor into the Z wave side.

The only real difference is that an “appliance” module should be able to handle something with a small motor like a small blender. Never plug anything with a motor into a “dimmer” module.

(The manufacturer usually helps remind you there by not providing a grounding hole on the dimmer module, but that’s not always true.)

Both types can handle lights, but because an appliance module is made to also handle small motors, it usually will not be able to dim the lights. Dimming and motors don’t mix.

But again, always read the specs for any individual device you are considering.

As far as the garage door… Even if just plugging it into a switch would work, you don’t want to do that. Garage doors can and unfortunately do kill people every year.

Or damage cars. You need a little more protection around the automation of the garage door than just cutting the power. And because of the safety reasons, almost all garage doors don’t start moving if they suddenly have power when they didn’t before. They still stay stopped until they receive a specific open or close command.

Instead, look at the linear/GoControl/Iris Z wave garage door controller. It works well, it has all the safety features, it’s UL listed for garage doors, And it’s on the official “works with SmartThings” list. The retail price is around $100, but you can typically find it for sale at Amazon or Home Depot or Best Buy or Lowes for around $85. 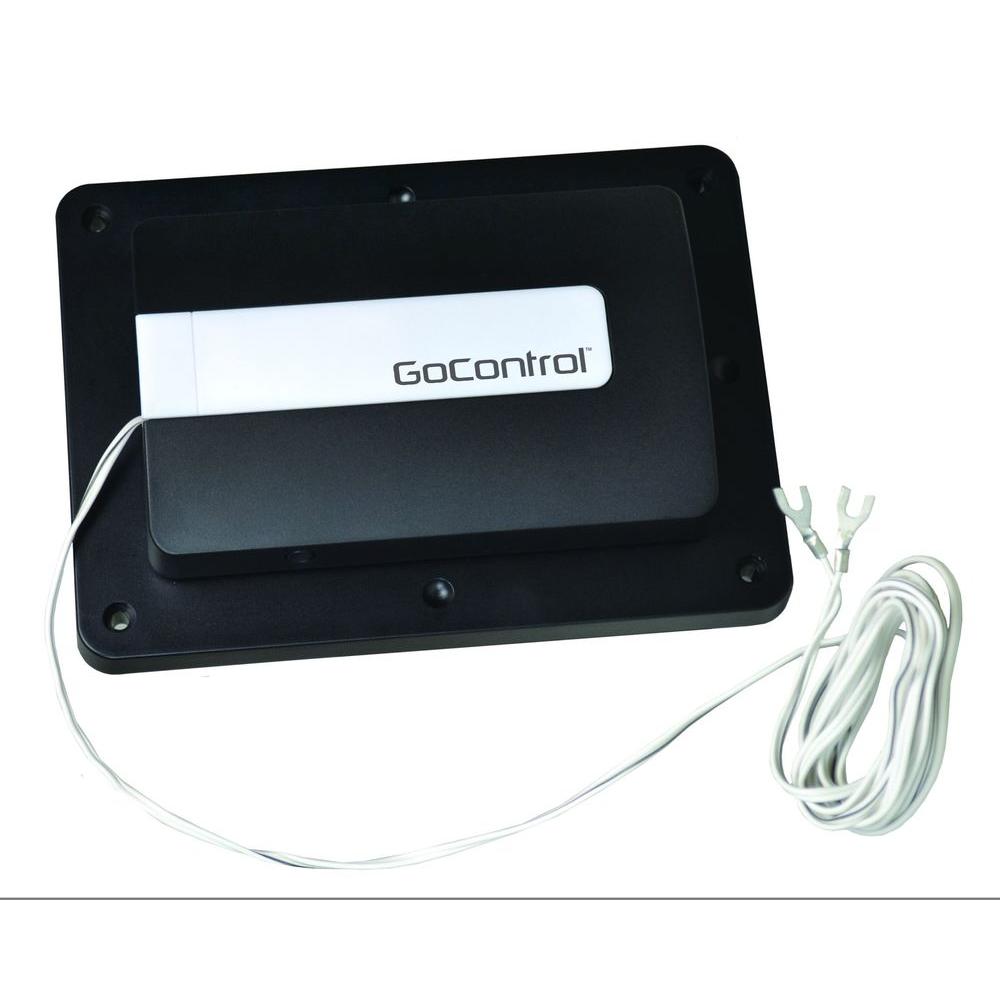 And it actually comes with two devices, the controller that will be hooked up to your garage door opener and a tilt sensor so your system can tell the difference between “opening” and “closing.”

Given that it also has the extra sensor, there’s almost no price difference between this and juryrigging something with an on/off switch, and this one will work much better and be safer to use.

If by chance you are not in the US but are in the UK, there are some similar devices still there as well.

Thanks for your explanation! Very detailed! As per your info, if you look at this plugin outlet
https://www.amazon.ca/dp/B01NAO4B9Z/ref=pe_3034960_233709270_TE_item
scroll down to the specs comparison table. It says that this one is dimmable. Would this be correct?

I have seen this device for the garage door opener but I didn’t realize it comes with the tilt sensor as well. Thanks! I am in Canada so our price would be about $200

Thanks for your explanation! Very detailed! As per your info, if you look at this plugin outlet
https://www.amazon.ca/dp/B01NAO4B9Z/ref=pe_3034960_233709270_TE_item
scroll down to the specs comparison table. It says that this one is dimmable. Would this be correct?

What you probably saw was this sentence:

It uses the latest generation of Leviton’s dimming technology for smart lighting control, engineered to function with extremely sensitive, low-wattage light sources, such as a strand of holiday lights, ensuring LEDs do not glow when off.

And I know it’s confusing, but “dimming technology” is not the same thing as saying “this device can be used to dim lights.”

The non-dimming motor – control switch and the dimming switch share a lot of the same internals, and that has some benefits. But it does sometimes mean that sentences like that sneak into the product descriptions and confuse everybody.

Did you see where the same page let you shift between multiple devices. They tried to write one big marketing description, and so that’s where you get the “dimming technology” sentence stuck into The description for device which doesn’t actually dim.

The one that can dim is the DZPD3.

Well, I want to get an outlet that will work with my Christmas tree lights. I was using a zooz mini plug ZEN07 and it was working fine until I came home the other day and my lights were out and I could smell burnt plastic. The unit seems to have fried something in the outlet as the zwave was still working. I am trying to get them to replace it as it was still under warranty but I don’t want this to happen again. I figure the DZPA1-2BW should be fine. I think the zooz mini was just defective.