Sorry if already discussed…
What options have you guys explored for adding Qi wireless charging capability to Androids in order to avoid having the goofy-looking power cable coming around the side and plugging in?

Is it even possible, or will the charging pad receiver end need to be plugged in like that even if the pad itself is hidden behind the device? Like, is there a way of tapping into power inside the devices and avoid using the USB port?

Here is what I did:

This looks great! I hope to do something like this for myself one day. I have 3 kids under 5, so unless it’s attached with a lag screw, it doesn’t count.

I have 3 kids under 5, so unless it’s attached with a lag screw, it doesn’t count.

Didn’t think of that. You could add more magnets which requires almost a crowbar to pry loose. But if your kids see you remove it they definitely will be tempted.

The Amazon Fire tablet is only $34.00 so you could buy more which may reduce the novelty and your kids temptation.

I have a dozen of these which I plan on installing throughout the house.

@beckwith Looks great.
What about how you actually connected the power to the device though? That’s the main part I’m wondering about.

I get how to open a device and glue or tape the charging coils, etc, but I think I will need some help with figuring out how to connect those to the device’s power input.

How did you do that part?

What about how you actually connected the power to the device

If you are asking how power gets to the charging coils, here is how another user connects the power brick with spade connectors:

. We love that SmartTiles runs in “any” browser, but a lot of consumers genuinely would appreciate a “plug-and-play” solution – well, at least as easy to wire as a lightswitch

And that is the reason why I like SmartTiles so much. It just works.

@beckwith
OK, so…that is how to get power to the coils in the wall.

Also, I’m not asking how to open the Android device. I’m just wondering, once it’s opened up, is it generally easy to figure out how to tap into the power line like my above query, or not?

For the Fire Tablet I use this: 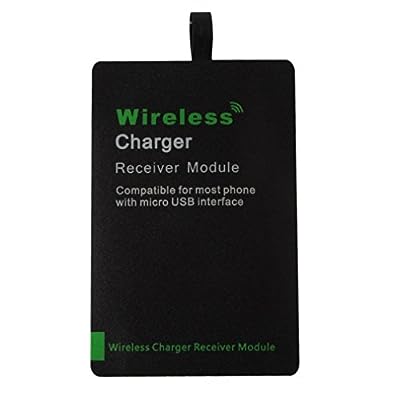 So you use the existing USB port and the receiving coil is attached to the back of the device. It is very thin and much less obtrusive than you would think.

If you use a different device you have to make sure your USB port is located so the charging receiver is towards the middle.

The Qi transmitter I use is the following: 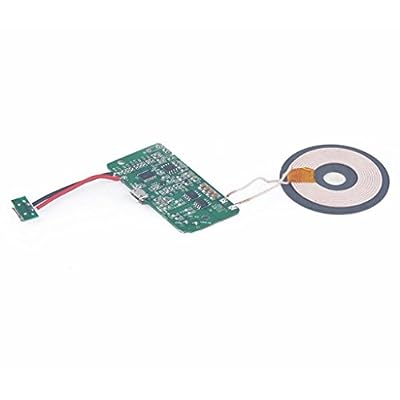 1.It is better for DIY,but you need to ensure there is a wireless receiver in your devices. 2:The PCBA need to be fixed on your furnitures or other devices,The transfer efficient distance is only 0.2 ...

I tried four models and this is the only one that didn’t get too hot and was small enough to fit into a single gang box. It works great for the Fire because the fire doesn’t require much power. It probably couldn’t handle more “powerful” tablets, but a more powerful tablet seems like a waste anyway.

I’ve had it up for a couple of months and am very pleased with the result.

Let me know if you have any other questions. If enough interest I’ll summarize in a new thread.

If you go with the cheap $50 Kindle Fire it’s easy to open up. Just find the seam and start prying. The back cover snaps right off.

Once inside there are factory test pads for the micro USB on the surface of the motherboard. Just tin and solder a thin gauge wire to “VCHG” and another to the solder point that holds the connector to the mother board (ground). You can figure out the rest. 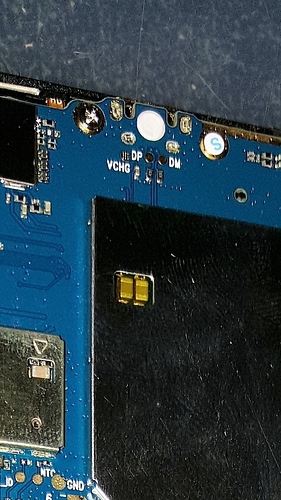 Cool. I’ll have to put the Qi receiver under the cover since there is enough room. Hopefully the extra gap is not too much for the Qi charger.

Do you happen to know if the existing USB port is still useful if I attach the Qi receiver here?

If anyone else tries this let us know if it works.

I would assume as long as you just tap the power pins it’s equivalent to wiring batteries in parallel (same voltage).

You’ll increase the available current but the device will only draw what it needs when charging. There should be no risk of overload if both are connected at the same time.

According to the post by @mobious, there is a point on the circuit board where you can solder:

@sgnihttrams If you go with the cheap $50 Kindle Fire it’s easy to open up. Just find the seam and start prying. The back cover snaps right off. Once inside there are factory test pads for the micro USB on the surface of the motherboard. Just tin and solder a thin gauge wire to “VCHG” and another to the solder point that holds the connector to the mother board (ground). You can figure out the rest. [image] (Image credit @Koolbean)

I haven’t tried it yet to say for sure. This increases the distant from the charger so it may impact charging efficiency. It also is a more delicate process requiring trimming back some of the plastic on the Qi receiver USB connector. It would obviously void the warranty.

Update: I took the cover off a Fire tablet and put it over the one I made with the Qi receiver on the back and it seems to charge just fine. Thus, I think the extra distance won’t cause an issue.

In my case, they’re not Amazon devices. So, I don’t have that option…well, at least I won’t until I open one of mine up to see if I do

Thanks for all of the interaction on this. I love seeing what you’ve done along this route already and I’m picking up good tips on my journey toward doing a better mounting job. Round one so far is just plastic clips to hold the tablet up there with the cable dangling down to where it plugs in. I mean, I’ve tried to hide it if there is anything else present that can run interference, but it’s far from a good, ‘finished’, built-in look.

Has anyone thought about using this? https://secure.thingcharger.com/product/thingcharger/ It would be pretty easy to dress a frame around that too.

They are pieces of garbage! I was part of the original campaign on indiegogo…for over 2 years they kept promising and promising and finally delivered a poorly built POS - one of them died after one use. Horrible product!

That’s sad to hear… This could have been useful.

They are pieces of garbage! I was part of the original campaign on indiegogo…for over 2 years they kept promising and promising and finally delivered a poorly built POS - one of them died after one use. Horrible product!

That’s too bad. I was eying a couple and made plans to convert an unused switch into an outlet.

I came close to buying those but ended up going with SnapPower instead for my chargers (www.snappower.com) when they launched on Kickstarter. I was not disappointed at all! It’s a little different as it just provides a USB port, but it is very handy for renters who can’t go into the wall.