There’s also the “car mount” version, which doesn’t have the pedestal. It may work better for wall mounting. Bonus with this mount: the tablet could be easily moved between magnetic bases on the wall and the tabletop. 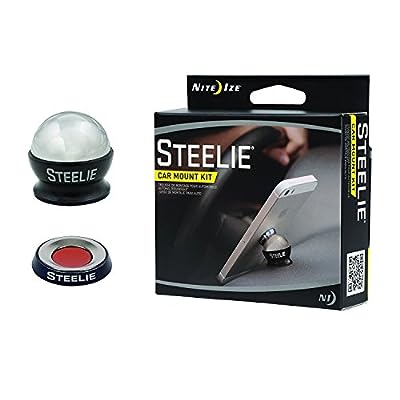 Jintorcio - were you ever able to make this work? I, too, would like to hyperlink from a still image frame capture to the live camera feed in another dashboard. Right now I need to click the 2nd dashboard button, but this is not optimal.

How do you charge it? just plug in the cable?

Thanks, that’s King Leonidas - ruler of the smart home.

Yeah, I usually just plug it in directly to the wall or I have an Anker Portable Charger that I just connect it to, once fully charged the battery runs forever since it’s only running that one page and screen is only turned on when there is touch/motion.

Here is a screen shot of my 1st floor dashboard (kitchen and living room). It runs on a $39 DigiLand 7" Android. I’m still playing around trying to get motion/touch activation working. For now, it runs continuously.

Damn that is nice.

I think I can see how the buttons were placed, but what is the CSS code used for the blue print layout, or is it just the background image giving that layout.

Yes, it is the background image with transparent buttons. Only works on one size/resolution tablet.

Immensely, was trying to figure out a browser that would work, perfect. Definitely worth pitching the extra money to the developer for the Plus version.

I would like to change my mode icon color to red if the mode is anything other than Away. Is there a way to do this with the custom CSS?

Alternatively, I have a custom mode of Disarmed, if I could figure out how to have the icon for disarmed be red that would work great as well.

How did u setup activating? Motion or touch? Can you share? I just ordered a Samsung tab e lite on Black Friday and I need to figure out what to do… thanks

Damn, I need to get on my icons but I figured I would add the radar and post up. I used to have Amazon music linked but when they updated the app, the linking went away. I really need to figure out how to integrate a music control in here, short of Sonos. Kitchen, old iPad but I need to find a solution for login like the Nexus Fully Kiosk: cool!!! how do you integrate the “web parts” on the right side?

I am having trouble getting the slider on my dimmer switch to color right. I used the css code from SmartTiles but nothing is changing. I am trying to get the inactive slider to be the dark yellow. 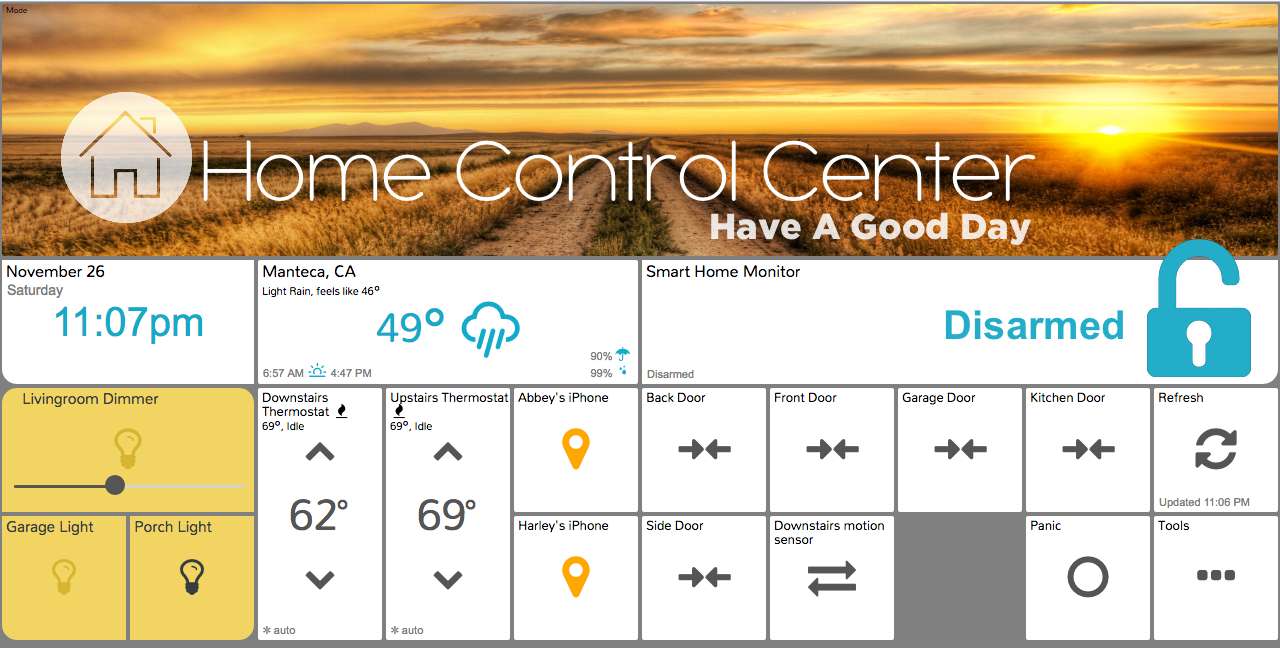 Can you show the CSS you have for the slider? That will make it easier to help.

This is on the CSS guide over on the SmartTiles page:

by Brian Diehl   To add or edit the Custom CSS of each of your SmartTiles Dashboards, visit your dashboard in a browser but change the letters “ui” in the URL address bar to “css&…

How did yo do the floor layout? Seriously cool! I would love to learn how you did this.

I hope this helps @ludwig76.

If you have a theme set you will need to amend the beginning of the script for each CSS command, like I did below. It should be the same theme you are using to override the default settings. Just replace “quartz” with the them you are using.

can you please tell me how you got your icons to their size and overlap on to other tiles?