Just updated to the latest version and decided to use @625alex’s method for changing everything in the custom CSS only.
Here is what I have in the Custom CSS section:

Some of the background colors are unnecessary for me currently as I don’t have all of those devices but I left them in anyway.

Now when there is a new version I just overwrite everything but the Custom CSS.
Much easier, thanks @625alex!!

i’m lazy, i use the stock CSS and i have digiland tablets stuck to the wall with 3M velcro strips. i use an app called redeye to keep the tablets from going to sleep and i just keep the dashboard open all the time.

Has anyone thought of an elegant way of mounting a cheap android tablet which displays the action dashboard? Assuming it has a power supply from the wall (internally wired) - Wasn’t able to find a tablet which has the power connection hidden somewhere behind it…so that when it is mounted on the wall , we see just the tablet - How about using the camera on the tablet for security monitoring?

All the lights in my house are controllable through SmartThings, but not all of them are wired up to wall switches. I do have a bunch of floor and table lamps, which are hooked up to GE receptacles and plug-in lamp modules. It’s a bit of a PITA to have to bend down to actuate the modules. Whipping out my phone to launch the SmartThings Mobile app to control the lights can be cumbersome and slow, and I’m not a big fan of the idea of having physical remotes floating around the house. I wanted a solution with the immediacy of a physical switch, but some of the flexibility of the mobile app. Here is what I came up with: [image] Hardware This is essentially a wall mounted Nexus 7 Android tablet, which I was able to acquire for cheap. I built a custom frame using a laser cut premium walnut ve…

I was able to fumble my way though getting 625alex web dashboard to work for me. I found this and thought, this would be cool hanging on the wall. Toshiba tablet for only $99. http://www.microsoftstore.com/store/msusa/en_US/pdp/Toshiba-Encore-Mini-WT7-C16MS-Signature-Edition-Tablet/productID.307250100 I will wire in a ressesed outlet above a existing light switch for power and some how mount to the wall. I know I saw a pic of someone on here mounting an android tablet on a wall witha frame, hope to do the same thing. Any thing you all think I need to worry about? I was also going to add in my security cameras, alarm system with eyeon to the tablet.

I’m hacking a Qi wireless charger to mount a Nexus 7 on a wall with no visible hardware or cables and minimal damage to the wall. I will post a picture once I finish.

I’m trying to relocate my Nest thermostat so that it would take a more focal point together with the dashboard.

I created a frame similar to this. https://www.youtube.com/watch?v=nunw20h6W0I. So far it has worked well. I put a USB outlet in the wall.

I’m in the process of hacking a QI charger and using some magnets to mount mine. Parts are in the mail will post pics when I’m done to…

I considered using magnets, but command strips will do for now. I didn’t want to wait a month for magnets to be shipped.

@swindmiller I copied your CSS overrides and I love it. I just added a couple of Cree bulbs but I can’t the tiles to look like your background.

Any pointer as to what to edit? Thanks!

Glad it worked for you.
I don’t have any bulbs…only switches. Can you copy the icon I show for switch to your bulb section?
Let me know.

Korban, I love your sweet kitchen! + how clean this looks.

Funny you should ask did alot of research and best value tablet is the Amazon Fire HD 6, 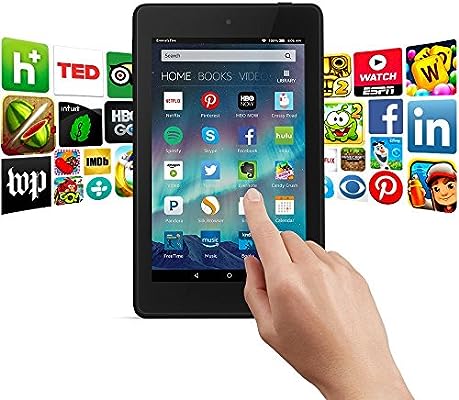 Now unfortunately there is no wall mounting enclosures so I decided to make my own!

Going to get it 3d printed

Looks good. The price of the Fires is tempting but I worry about buying something that can’t be rooted, you know just in case.

3d printers is a great idea for making a wall mount.

I got the bulb tile to look the same as the rest, too bad I can’t do any edits on IDE, it won’t let me save my changes. I will wait until Alex publishes his new version,

What browser are you using? I do everything thru Firefox but for some reason I can only save once in IDE thru Firefox. IE works great with IDE so I use that.

Cannot make changes to SmartApp as of yesterday Writing SmartApps

Hi, I’m experiencing something that started happening since about mid day yesterday. I’m not able to save my smart app anymore. Here’s what’s happening: I create a new Smart App in the IDE from my code and save it, publish and run successfully. Without making any changes, I click “Save” button again. I get error: You have multiple inputs with the same name: [input title, input link] I use the code from master branch of my dashboard: https://github.com/625alex/ActiON-Dashboard/blob/master/app-v4/ActiON4SmartApp.groovy This code has not been changed for the past 10 days and it runs successfully for many users. During last 10 days I had no problem saving changes to my SmartApp, including up until yesterday morning. @mager, @Jim Did something change, some time mid day yesterday, on t…

Are you able to save changes you make to your dashboard?

The new version is days away. It includes a workaround to save changes.

Honestly I have not tried. I just know in the past that was my problem. I didn’t know there was a problem in IDE, hopefully they fix it soon.

Hi all. Fairly new to all this, but the ActiON dashboard has me jazzed about creating some sort of mounted control panel. I’m looking to create something smaller and more like the Wink Relay. I sort of started another thread about it.

I’m thinking about building something like the sleek Wink Relay. I like the idea and look of the device, but I have issues with the platform ;). So I’m going to make my own for ST. I don’t know if I want to commit to mounting an entire tablet and I like the separate physical switch as well. [image] I’m starting with an old iPod Touch (2nd generation) and the ActiON Dashboard. I’ve set up a dashboard specifically for the room this switch will be in as well as the smaller screen it’ll be on. I’ve also set up the iPod so it will not auto-lock or send any other sort of notification. (This puppy is on iOS 4 dot something so not really worried about too much going on with it) Doing a bit of digging for hardware, I could probably, very cheaply pickup one of these Leviton “mobile device stati…