@TEWphotography Thanks. I missed it recently when it was this price. Got a couple this time.

What is the difference between the old and new GE switches? And the GE dimmers?

I found a couple stores near my area showing online they have them…preparing for a trek.

I’ve noticed some of the old dimmer works only with incandescent bulbs. With On/Off switches it doesn’t matter

Buying 2 hubs as Xmas gifts. I can get 10% off but hoping for more. Anyone have a Homedepot 20% off or other deal on ST hubs? 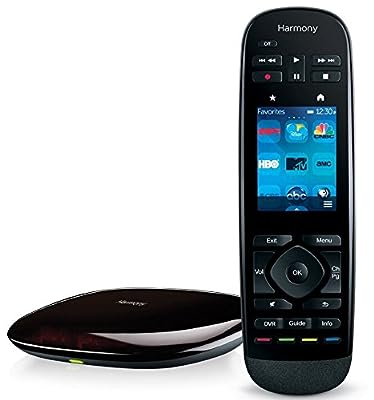 Easily control entertainment—and devices in closed cabinets—with a tap of the touch screen View larger Logitech Harmony Ultimate RETHINK YOUR REMOTE. WE DID. Meet Harmony Ultimate, the most powerful H ...

If you missed the $49 sale for Leeo at Best Buy like me, Amazon has the Leeo for $49. The price dropped on Saturday Dec 5 (if you haven’t checked out http://camelcamelcamel.com/ to monitor prices on Amazon, you should), so it might go back up soon.

It’s not compatible with ST is it?

I was just looking it up, as far as I can tell so far this is all I can find.

But then, its all cloud based, delays can happen, and you dont want that if it’s an actual fire. If IFTTT were instantaneous, that would be different.

Or if it’s the router that caught fire…? Then what.

Ah, okay. So the only integration would be via IFTTT. Still a cool device that I didn’t know existed at what looks like a really good price. Thanks for posting!

Yes, Indirect ifttt. They don’t have a channel.

The website for the product lists the Best Buy sale goes until Jan 1.

@bjindrich
I have heard of ccc before, but never gone there. Now, I just tried, but I get a ‘This webpage is not available’ error like it’s not there or something. Anybody know what’s up with that? Blocked by my ISP?

Thanks for the tip on the Leeo though. Even with the cobbled-together way of getting comms through ifttt, I may get one, because, as of now, I would never have any idea fire alarms are going off. So, even if it’s unreliable, at least it would be a step in the right direction.

I’ve been looking into doing it via relay and z-wave door/window device, but I just haven’t had the time to dedicate to it yet. This seems like it would be pretty simple.

Leeo has talked about working on an ST integration, but in the meantime, I don’t mind a separate app/notification.

edit: I was doing it wrong lol
working fine now.

Just confirmed that Homedepot will accept Lowes discount codes from the code generator. I just ordered 2 hubs (2 diff orders) and got $20 of each. You need to do this via chat and ship to home. By the end of our chat the Rep. never asked for the codes and put the orders through. Getting another %5 from the CC Co.