I wonder if someone came up with a dash node script for ordering flowers like they have for ordering pizza. You can put dashes all over the house. Mid-fight you just reach over and press the dash. By the time the fight is over the flowers will arrive!!

See right now I have it made. I just tell her all the boxes are for xmas. She may be surprised when she only gets one gift haha.

Just make sure it’s a BIG item and tell her you assembled it from all the little packages. Gift K’NEX!

Opportunity for a new SmartApp: Connect a new device…auto order flowers for the better half!

Linear accessory switch is the way to go.

So here’s the deal with this. DONT buy from Sears. Print out the page run to Home Depot and they will match any in stock item plus beat it by %10!!

Thanks, guys.
I picked up some A19s at HD via the above suggestions today.

Also, while at another HD, I got a couple of the Quirky Tapt switches on the clearance deal which I forgot who first brought up, but whomever that was/is, thanks!! @whomeveryouare

I’m going to try out 2 of these, it looks like someone did get them working but at the price it won’t be the end of the world if they don’t. http://www.tigerdirect.com/applications/SearchTools/item-details.asp?EdpNo=9530403&CatId=9328

Just bought @HD by showing them the Sears online ad. Customer svc. acted a litte grumpy to honor the price match deal but eventually gave in. Awkwad moment but well worth the effort.

that’s a smoking deal on the link bulbs! im going to finish out the rest of my house with them.

Usually lamps and ceiling fans that take regular bulbs not candelabra . They work good in lamps so long as somebody does not turn off the lamp and leave it off. Most people are persistent enough to flip/turn the switch on the lamp a 2nd time if it does not come on the first time, which of course triggers the bulb to come on full brightness. 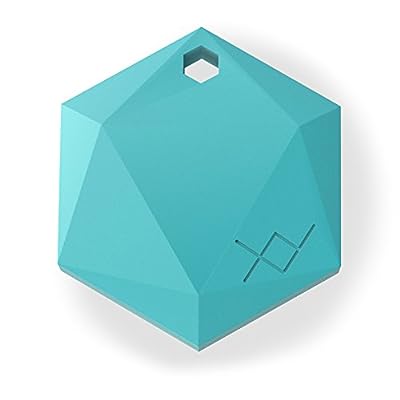 How much time do you spend trying to find lost things? Why not take back some of that time with XY? You can find misplaced items quickly with the easy use of the XY app through any iOS 7.0+ and Androi ...

Thanks. That seems to be the issue with smart bulbs and dumb switches. I have 2 of the Cree bulbs on lamp shades that usually nobody touches but other than that I can’t come up with anything else to use it in. Don’t get me wrong, I still bought 2 of them LOL.

I have one in porch light that " was" hardwired to an old motion detector along with 2 halogen spotlights, took out the halogens and replaced with solar LEDs, took the motion detector out of the circuit. A couple in the basement and hall in old pull chain fixtures ( removed chains). Hall light that nobody ever touches the switch , since it comes on now with motion or if you open either door. In bedroom lamp with minimote and in livingroom lamp with Harmony remote. After I started replacing dumb switches with ZW, it is hard to find places to actually use bulbs

Can I use these in any way right now? IFTTT? I have a compulsion to buy them even though they are probably useless

Could somebody PM me a lowes receipt with item 339584 from a store in AZ? Other receipt is from CA which AZ store didn’t accept. Chances are less even with AZ store receipt but I want to try. Thanks!