Are there any color adjustable lights that do not use a separate hub or bridge that are controllable by ST?

The Osram lightify line has an RGBW bulb which can be paired directly to the SmartThings hub so you don’t need its own Gateway. That’s officially supported.

Aeon labs has a Z wave RGBW bulb that also appears directly to the smart things hub. However, like others the way bulbs this is noticeably bigger than a typical bulb, it’s an A21 rather than A19. Same socket but it will stick out of the fixture much further. If you’ve ever seen one of the old three-way incandescent bulbs, it’s that size. 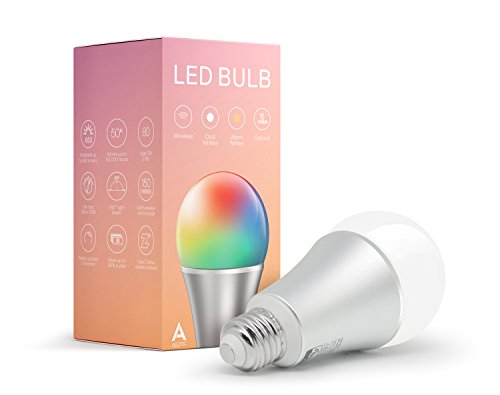 Intelligent, Z-Wave lighting is finally made simple. With LED bulb from aeotec, Z-Wave lighting control moves from the hard-wired switch and direct to an easily installed bulb. Easy is the key word. E ...

Striimlight is both a speaker and a light, but it’s very expensive at $99/bulb. Could be fun for a teenager’s room and some community members are using it.

The Osram lightify is pricey too, at least on amazon. Might as well get the Phillips hue stuff along with the bridge. It’s not a feature I would use much anyway. I was just looking for a dimmer color for the bedroom to help waking up instead of normal soft white which is still rather bright at 1% in a pitch black room.