Hello all, I am new to the whole SmartThings app and system and somehow added multiple “Color Coordinator” SmartApps from the Marketplace and now I cannot remove them. When I tap the SmartApp in the list nothing happens, but my other SmartApps when I tap the app it goes into the preferences per say and I can click the Remove button.

I have 3 instances I cannot delete. It happened when I was browsing the marketplace and just opening the app to read more actually installed it. In some cases I found SmartApps that were installed and working and in the case of the Color Coordinator it installed 3 times but does not even open. I chalked this up to an issue due to the latest rev of the Android app and was going to open a ticket with support… 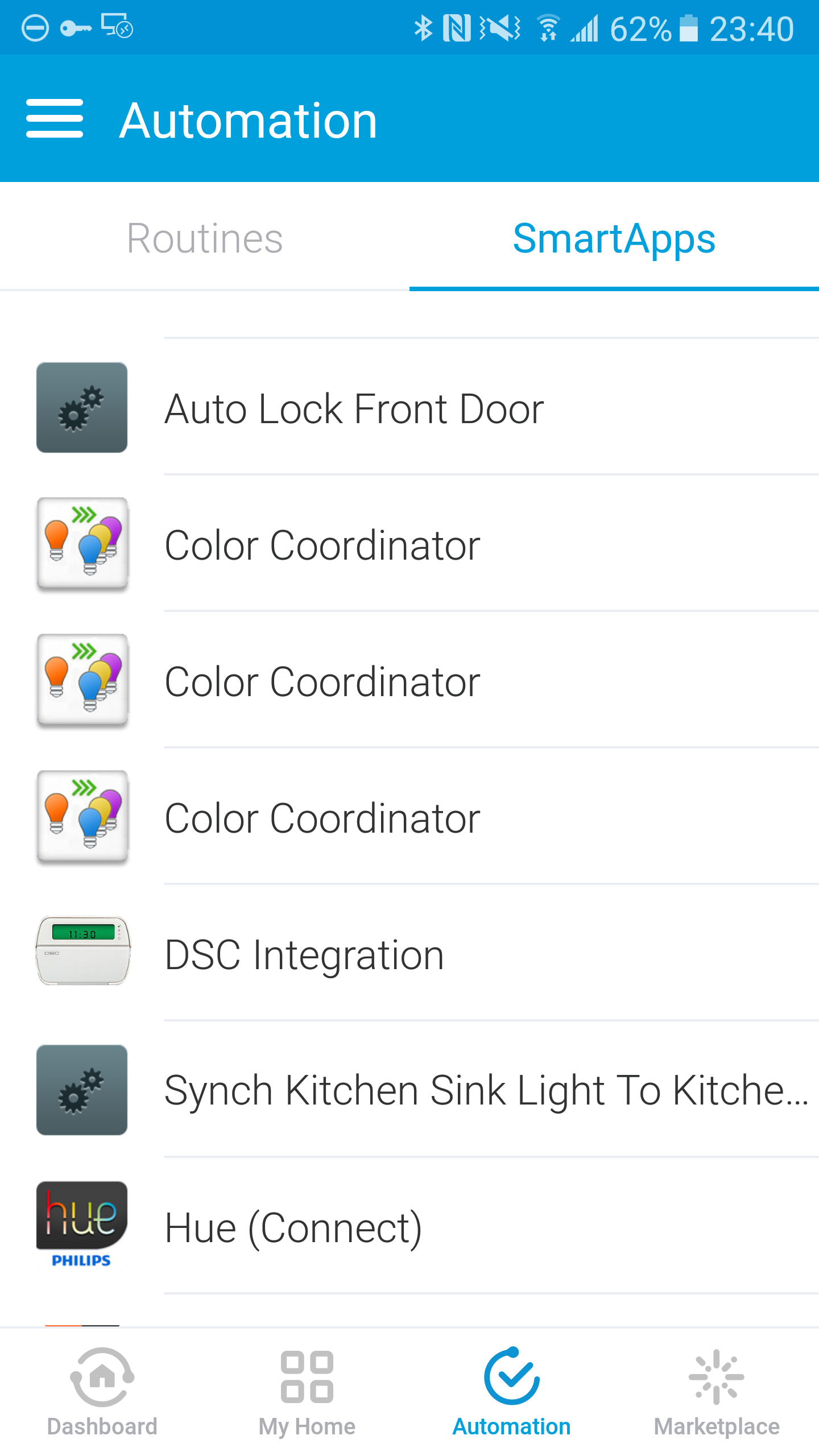 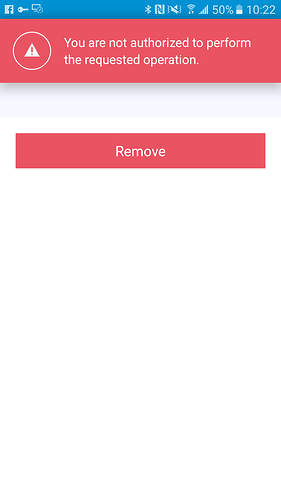 That is exactly how I added mine, and now have 6 instances in there that are quite annoying lol. I am on an iPhone.

I would open a ticket with support. I just did so and will report back results.

Just found this with a solution:

Nothing happens when I invoke the app from the MarketPlace. Looking at the log, I see: 1:03:07 PM: error java.lang.NullPointerException: Cannot get property ‘id’ on null object @ line 36 As this occurs already before activation of the SmartApp mainPage, I’, left with multiple “dead” instantiations of the app that I cannot remove as I cannot get to the pageAbout page which offers the uninstall option… [image] Is there a way I can uninstall a SmartApp instantiation from “outside” the app itself?

I just emailed support to report my issue. Thanks for the help guys!

I just emailed support to report my issue. Thanks for the help guys!

In the link above there is a fix. Just log into the IDE, select “My Locations”, select “Smartapps” and click EDIT under the top banner. Once you hit EDIT the “Update” links become red and say “Uninstall” so find the bad smart apps there and remove them. Good to report to support so they know it is affecting many, but you can fix it yourself now if you wish.

I am having this same issue with another app (been an issue for at least a week or two). I can’t uninstall via the app and when I try in the IDE, nothing happens. I’ll submit a ticket also.

Did you click “Uninstall” in the IDE for the bad SmartApp? If so, it just ignores it?

Yes I did click the “Edit” at the top and then “Uninstall” on the app itself. I doesn’t do anything. It works for other apps.

Shooting in the dark but does it have child smart apps by any chance? If so, did you start at the deepest level making your way up?

No child apps. Its the “Office Fan Automation” app.

Hmmm… did you remove all devices from it? Not sure what else to suggest.

I can’t as some are required. I tried to remove what I could. When I hit remove in the SmartApp I get access denied. I put a ticket into ST.

IDE wasn’t super apparent either but I found it…

Yes, I’ve done that… It doesn’t uninstall this particular app. It works for others.

Bummer. Cause it wasn’t working on my iPhone, but ultimately did in the IDE. Hope you get it fixed…

My color lights are all out of sync and its pissing me off. UGH… Hope the author (or someone) fixes the smartapp soon… Anyone know of an alternative smartapp for coordinating lights (or grouping them for that matter?) I used to like the bulb grouping options on the ST Hub V1 about 1-2 years ago… That went away and its been a pain in my butt ever since.

What kind of lights do you have?

You name it! Basically all of them (not hue)

I have Sylvania IQs, Osram LED Strips, Cree connected bulbs, GE Links, and LifX 1000s (which I just bought today - these are COOL). Plus about 25 GE in wall switches and 70 other devices that I’ve been amassing over the last 2 years…

Trendsetter seems to be a decent option, but I’m getting an error when I paste the script in the new smart app window. I need to mess around with it some more…

This is the error I’m getting: