Hi! I have 3 year old triplets, 2 of them are boys sharing a room. Their current favorite thing to do is get out of bed at night and turn their closet lights on and off. They can get around all the childproof covers we’ve put on the switches.

I’d like to convert them to the Cync Smart Switches i have in my home in other places. I was hoping there would be a way to disable the button from being pressed physically but that doesn’t seem to be the case.

So a second option would be some sort of plate to put over the button, but Google isn’t bringing anything up. You can’t just put regular switch covers on them since the faceplates don’t have the screw holes they screw into it.

Does GE make child proof faceplates for their smart switches?

To quote a regularly given explanation:

This forum is for people using the Samsung SmartThings ™ home automation platform. So all of the questions and answers are assumed to be by users of those specific products.

I can recommend a couple of different switches that would be great for your situation, with options to disable “local control”, but that presumes you’re already using a Z-wave network for home automation. Since the Cync switches are Wi-Fi that probably isn’t the case. Someone else may have a recommendation for a switch cover that would work without screws; the quick solution I can think of is to attach a typical one using double sided tape / command strips.

There are lots of different switches with the GE brand. Many work with SmartThings, but, as @MarkTr noted, the Cync models do not, so community members here may not be familiar with them. 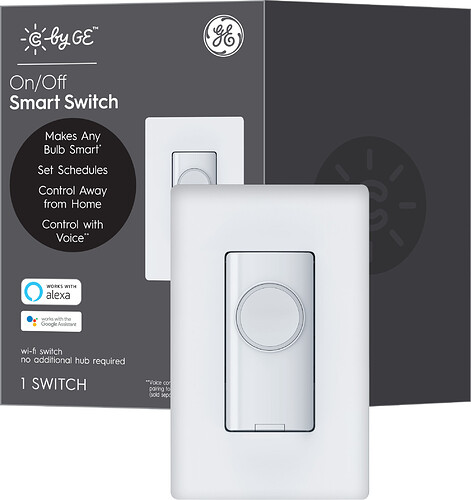 Anyway…a lot depends on whether you need the switches to be available for adults to use.

There are lockbox cases intended for thermostats that would keep out even determined and clever little kids—but then you have to either physically unlock them when you do want to use the switch manually, or add a second device nearby which does offer childproofing options and could be used to send commands to the Cync. At which point, yeah, it feels like it might be simpler just to use something other than the Cync. Obviously up to you.

Some thermostat boxes do have a combination lock, btw. They are mounted separately from the device they cover, so the lack of screws on the Cync faceplate aren’t the problem.

I do know people who use them for light switches in homes where a household member has Alzheimer’s for example. They leave them unlocked with the cover open most of the time, then just close the cover at bedtime. 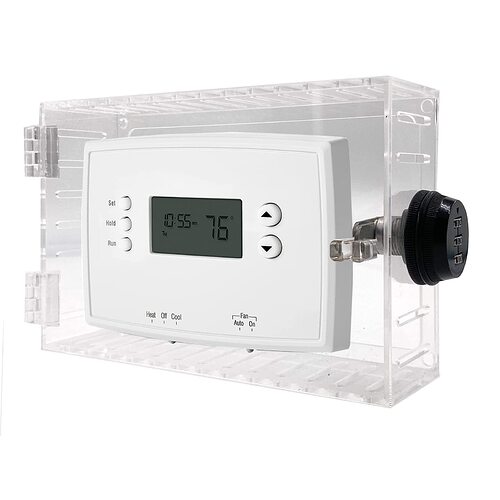 Meanwhile, you could contact Cync support and ask what they’d suggest.