Sorry if this has been said before, I’ve done a search but couldnt find anything.

Could someone please let me know how I go about changing the location for my Android presence sensor?

i think this is what you are looking for: 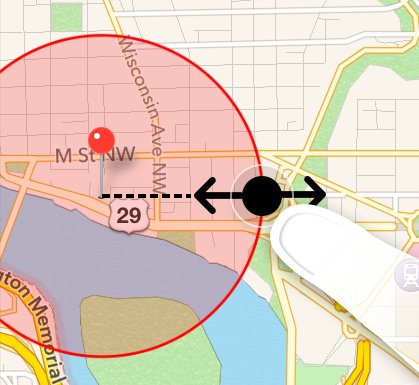 Use Your Smartphone as a Presence Sensor

A customer writes in to ask why he’s prompted to set his home location when creating an account, and what SmartThings will do with this information.

Ok thanks! It got me to where I wanted to go - Just a shame I cant make the area smaller than it currently is…

Only reason I say is because when I go to the shop 1 road away, it still shows me as home due to not being outside the bubble… I can make it bigger just not smaller

I think you are asking how to change the geofence size/location when using a phone as a presence sensor? The phone type (Android, iOS, WP) doesn’t matter,but the exact sequence for accessing the menu may. Here’s how to access on Android:

Note that the center defaults to your hub location, but it doesn’t have to.be. In my case, I live on the southern edge of a private community, and the southern half of the circle was a hillside populated by pepper trees and coyotes, which was not particularly useful. I offset the geofence center 2 blocks to the northwest and things improved dramatically.

@JDRoberts has a similar problem, there is only so small the geofence can go in the app. I find the key fobs are way more accurate, but you have to be sure your zigbee network is solid first or they can be more pain than they are worth. In my setup i have 3 plugin zigbee devices near my entrance, 1 above (second floor bedroom) and 2 to the right to ensure i can at least detect my arrivals accurately and consistently.

Yes, I call it “the bus stop problem.”

I Use a wheelchair, and it can take a bus driver several minutes to unload me from the bus. I have arrival events which I really don’t want to happen until I am close to my front door.

So I switched to using Ibeacons which I have integrated with SmartThings through both the IFTTT Maker channel And an add on to the third-party smartrules app. I have one area set so it only catches me right at the beginning of the wheelchair ramp to my front door.

Unfortunately, Ibeacons don’t work as well with android. There is a brand-new Ibeacons standard from Google called Eddystone. You can find discussion from some people with android exploring it in the following thread

Hello, Would it be hard to add Bluetooth detection to the iPhone and Android apps? This really helps out a lot. I purchased a very cheap iBeacon on Amazon. http://www.amazon.com/Geohopper-iBeacon-with-Power-Supply/dp/B00N17AU4K/ref=sr_1_2?ie=UTF8&qid=1429680236&sr=8-2&keywords=ibeacon I then created a scene with Tasker that detects when that iBeacon comes in range. Finally, I used SharpTools to set my presence detector to present() when it detects that iBeacon. In addition, I have it set away() when I am at my iBeacon at work, or when I connect to my car. My Moto X does the same thing for its Home Detection schema, and Tasker has a very rich set of options for detecting home as well. It seems like a very easy addition for SmartThings. Until then, I’ll keep using @joshua_lyon’s aw…

I was looking at this from the perspective of enlarging or moving the geofence. For a really small presence sense size, Android has built-in support for NFC. Used in conjunction with Tasker or Macrodroid to create a trigger, and IFTTT to unlock your door (or whatever) via ST seems very doable…