Can anyone recommend a leak detector that operates below 32 degrees?

The Smart things water/leak detector range cuts off at 32 degrees F, and I want to use a leak detector in my sealed crawl space, where temps may occasionally drop below 32. Are there other brands compatible with Smart Things that can operate below 32 degrees?

maybe the temp sensors lower limit is 32 degrees, I would be surprised if the water detector stopped working though.
Not sure how you’re ever going to test this with any sensor though, in order to detect water, it can’t be frozen, implying the sensor would not be below 32 in the first place…
Stick the thing in your freezer, then place it in a plate of shallow water, see what happens…

Almost all leak sensors work because the water itself completes the connection between the two sensing electrodes on the detector. If the water isn’t a liquid, the detector can’t work. So the 32° minimum refers to what’s being detected, not the air temperature around it.

If you’re trying to sense liquid water, pockets of colder air may still be OK. But once there’s an ice sheet, or even just frost on the sensor, the detector won’t work anymore. Liquid water conducts electricity, frozen water does not. Physics. 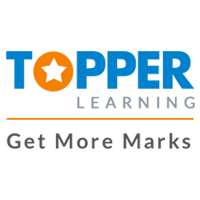 288500 questions of classes 1-12, IIT JEE and NEET has been answered. Join us free and ask your doubt to get detailed solution and concept explanation. Help others by answering unanswered questions

You could try to sprinkle some salt around the contacts (not on them, in case of corrosion). Then, in theory, any water that made it to the contacts would dissolve some of the salt and have its freezing point lowered, allowing the water to flow in lower temperatures.

Any luck with this? I’ve experimented with a PEQ leak sensor (Centralite) and it doesn’t appear to go below 32F. The z-wave wireless part worked, so the metal box wasn’t blocking the signal too much. At not enough to prevent it joining a network that has other sensors within a few feet.

I’d love to find some temp sensors I could stick inside my spare freezer/fridge in the basement.

To follow up, I’ve swapped some of my Peq sensors around. The one that was ‘stuck’ reading 32F worked when brought back out of the freezer. Eventually it rose to 62F, about the same temp as the Peq that was there. I put that one in the freezer and it dropped down to 6F.

I swapped them back again, to their original positions, and the ‘stuck’ one is unstuck and dropped to 6F.

I’ll have to keep an eye on their activity, but my initial concern about being limited to above 32F has been rectified. So, yay!