Can a POPP outlet be connected directly to STH ub V1

Hi,
I have been given one of these. 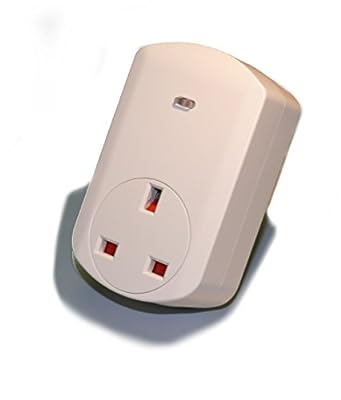 This is a plug-in switch, which can be placed between a wall outlet for a UK plug (type G) and electric devices with a resistive load up to 2990 W, plugged in by cord. In addition, this intelligent pl ...

I do not have a Z-Wave controller on my network but I’m wondering if this could be connected directly to an ST Hub without a controller.
I have tried using the “Connect New Device” option in the app but nothing is discovered.
Just wondering if anybody knows.

Your ST hub is a zwave controller. As long as it is a UK hub it should work and see the device as a zwave switch or zwave dimmer. You will probably have to reset the popp switch first for ST to be able to find it. The steps to rest set it should be detailed int he manufacture’s manual.

Thanks for the reply. I bought the hub in the UK but it’s a US hub. (Don’t know how that works).
Will give it a try anyway.
As an aside, why a UK hub and not a US one. Do they run different software?

That wont work, US Zwave and UK Zwave are on separate frequencies. UK zigbee devices should work fine on a US hub.