I thought I would throw this out there, no one in the uk forum had a solution.

Anyone know if its possible to ring a number instead of the text alert in ST’s app? I am in the uk though.
I found this solution: 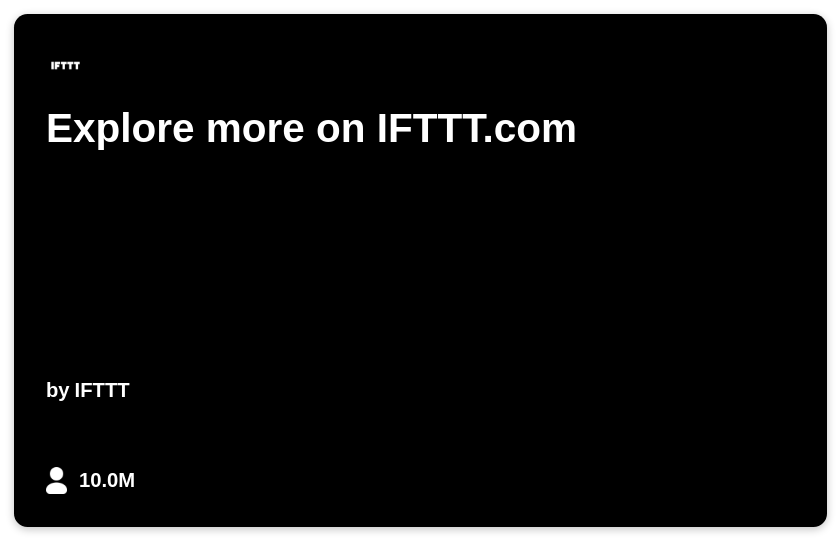 Get a phone call if SmartThings detects moisture

With SmartThings and a compatible moisture detector you can receive a quick phone call if there's a potentially damaging leak detected.


but it only works for US numbers.

Only other solution I have found is using a service like this (a text to voice service):
https://www.messagebird.com/en-gb/ but that will cost me every text sent.

I have a landline, was thinking if I can buy some sort of physical autodialer which I can activate through a ST outlet but havent found anything yet.

Thanks in advance guys

Don’t know if this is available in UK, but here it is: 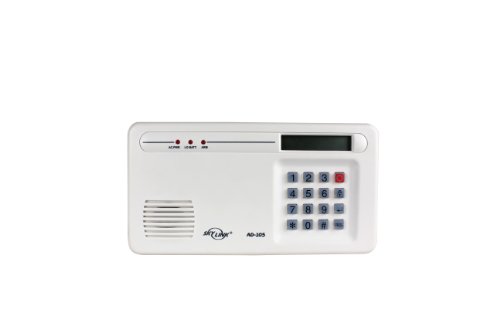 The Skylink AD-105 Dial-Alert Emergency Dialer allows you to record an emergency voice message for up to 40 seconds. If a Skylink sensor or Panic Button Transmitter is triggered, the Emergency Dialer ...

bit more than I was wanting to spend however it may be the only solution?

If I did go for something like this how could I trigger it? They all appear to need a trigger input through a wire. I guess they have all been designed to get a trigger from an alarm system.

Ideally I would like to just plug something into a ST power outlet!

I believe there are IFTTT recipes that call phones; though they must have some significant limitations.

An old dial-up modem would be a clever solution. They take simple dialing commands over RS-232 serial (e.g., Arduino with Thing Shield).

VoIP options (Skype, etc.) are also likely to work, with some having more open APIs than others. Issuing commands to a SIP dialer should be relatively trivial.

Sorry I don’t have a “best answer” at my fingertips – I just want to emphasize you have pretty big range of possibilities, of varying complexity and cost.

Ideally I would like to just plug something into a ST power outlet!

I haven’t try it myself, but, in theory, if you wire the trigger contacts permanently, it should start dialing as soon as it’s powered on. If that’s the case, then you could power it through ST power outlet or Z-Wave appliance module. It may be worth trying.

You could do this through Twilio:
http://www.twilio.com

They have an extensive REST API that could be called by a SmartApp or Device Handler, though I have never set it up. They are a pay as you go company so you can fund your account with a little cash and use it and voice calls are only pennies on the dollar. Twilio is actually what SmartThings uses to send out the SMS alerts. You can even get a local UK number too.

Again I haven’t set this up with ST but I have integrated with it from work software. But this should be possible.

I did a Git search and found this example you could use as a starting point:

Thanks for your informative replies, unfortunately this is all new to me and I dont even know what half of this means in terms of API’s, Device handlers etc. lol

Shame no one has actually done this before or there isnt a quick ‘plug and play’ solution. I’ll try and understand these possible solutions and fingers crossed can get something working

Well I bought this hoping it would work: http://www.amazon.co.uk/Auto-Dialer-Security-Safety-Alarm-Numbers/dp/B003ZVTOGM?ie=UTF8&psc=1&redirect=true&ref_=oh_aui_detailpage_o01_s00

it has trigger inputs which I thought I could keep shorted, and then upon powering the devoce (from a Samsung Outlet) it would start the call. Unfortunately its not that simple and shorting the inputs doesnt trigger the alarm. I can possibly get it to trigger but it waits 1minute before it arms from power up so thats another down side!

So thinking i’ll have to go down the software route. However looked at Twilio and for the first time the ST IDE and its like… what!?! tried to read the code from the github example above and if your not a programmer its gonna be impossible to understand

it has trigger inputs which I thought I could keep shorted, and then upon powering the devoce (from a Samsung Outlet) it would start the call. Unfortunately its not that simple and shorting the inputs doesnt trigger the alarm.

I suppose you could use a Z-Wave relay module to close the contact and trigger auto-dialing.

ahh… didnt know about these devices and thats a possible work around! thanks! will look into that.

Can you please elaborate on this one? I mean, let’s say the alarm goes off and i want a (data or voice, i am not sure) call to a certified center. Can this be done?

Yes I dont see why not, if this certified center accepts an automated dialer system.

I am just wanting ST to ring my mobile. Sometimes I dont get the text message and if I dont have data coverage (which happens alot!) then I wont get any notification.

I also have my phone on silent through the night but I can allow certain numbers to come through to wake me up, but that’s just a specific requirement of mine.

I cannot comment on calling a certified security center. Original question was asking if SmartThings could make an outbound call. I haven’t integrated a SmartApp to Twilio but it should be possible.

This might be something that can be handled on an Android tablet. I already have Tasker sending me emails when there is an intrusion detection in SmartThings. It does this very reliably.

So… why not use Tasker in concert with Google Hangouts? Have it auto-dial a number based on ST conditions, and perhaps use the speech synthesis engine to speak a canned message particular to those conditions. It’s something that I have on my testing horizon, but maybe someone else out there wants to try it now.

I’m not even needing any speech. I personally just want my phone to ring. I’ll then simply save the number as ‘ST alarm’ or whatever.

Then a $50 Android tablet, plus Tasker and Sharptools and Hangouts, will do it for you. Plus, that tablet can do so much more…

Actually this can be done on a JB iPhone using activator. Problem is that we add a whole new layer of complexity (keep iPhone charged, SIM operational, stuff like that…) and in my case I have not yet figured out a way of communicating with a dedicated certified security center.

Ok I just tested it. You’ll need the autoinput plugin for Tasker, plus hangouts.

Set up a task. First task on the tablet is simply “call XXXYYYzzzz” (that being the receipient phone#).

Second task is autoinput. Follow the prompts for easy setup, and it will fill in the details for you.

You can repeat this process for multiple calls of course.

Third thing I added is a dimmed, (temporarily) password-protected home screen. In the event an intruder sees the tablet on the wall, he won’t see it making the notification calls… and if by chance he figures it out, by that point his image has been captured into the cloud*** and the emails and texts and calls will have already gone out before he yanks the tablet off the wall and smashes it.

*** I’m going to use autoinput to solve the issue of making MotionDetector capture images only if there has been an actual intrusion.

EDIT: use of autoinput to make MotionDetector start capturing images works. It’s slower and less elegant than using an intent to enable picture taking would be, but unlike that it actually works!

Just in case it helps anybody reading this thread - here’s an easy IFTTT method for UK (and many other locations) based users, though it does cost a few pence per message…