What I mean is a switch (wifi, zwave or ZigBee,) that has two or more Load inputs that go to different lights and the switch fits in a one gang in wall box. Easy to integrate to ST. I’m looking to replace the ewelink switches which are terrible in my case.

Have you ever seen the Neo CoolCam wall switch? It uses Zwave and they fit in a single gang wall box.

Take a look at this msg

Thanks so much! They do have a U.S. size 1 gang switch with two buttons and two loads. That maybe the best one I’ve seen and already has integration with Smartthings.

For those who need the amazon link:
Neo Z-wave light switch

I’ll keep reading about it but I’m happy to see at least one product that meets these requirements. Haven’t seen any other.

A quick word on budget brands in zwave light switches that have come out since this thread was originally started.

In addition to GE, I would definitely look at in Inovelli and Zooz. Both tend to be less expensive than the GE but using newer technology. (And if you are on a really tight budget and you have a lot of three-way switches, some Zooz models can be wired with one master switch and use your existing dumb accessory switches, an additional cost savings.)

Zooz is a house brand for the Smartest House. You can normally get your best price from them, and if you need a dozen or more write to them and see if they can get you a quantity discount.

Inovelli are available through Amazon or through their own site and come in a number of different models.

Both companies have representatives who are active on these forums and you can find a lot of threads about the products.

Hey folks, getting ready to research a garage door sensor to tell me its open and close status, etc., and any other features, capabilities that I can’t think for. Just a casual poll to ask what is everyone here using, and would you recommend ? thanks !

The following thread discusses options for an inwall receptacle where the two sockets can be independently controlled. Not plug-in modules.

Before anybody gets too excited, while there is one model that works in the UK and one model that works in the US, they both rely on IFTTT for integration with SmartThings. So cloud to cloud. Interestingly, they both also offer HomeKit integration, so if you happen to use iOS devices you can use that as a local backup. But otherwise, yes, cloud-dependent.

Dual controlled in wall outlet (not a plug-in)? Devices & Integrations

I am looking for dual controlled in wall outlets. All I can find are some that are no longer available (i bought 5 when i got them) that work with Ewelink, and a lot of 1 controlled/1 always on. I do not want the always on for ALL my outlets. I actually use these in my kids room so that they can’t watch tv late at night or so when grounded I can ‘cut’ power to tvs/game systems and such. As such I dont want to have them just ‘swap’ outlets when it’s off. I also want to be able to control multiple devices in my kitchen and such. I don’t want to add a lot of bulky ‘add on’ devices either. I don’t care if they are dual controlled together or independently controller either. I have searched a lot but don’t want to commit a lot of money into a bunch of different hubs to make something work in o… 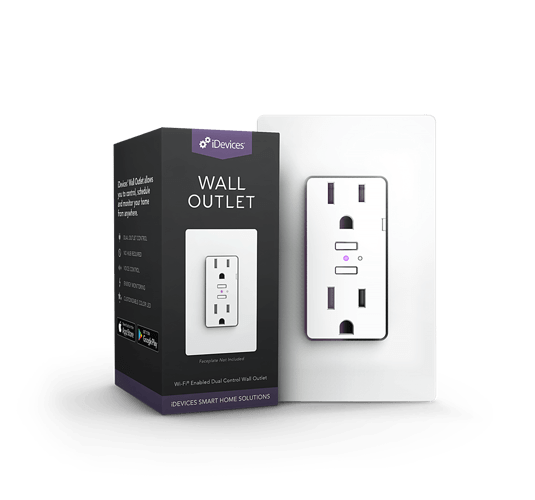 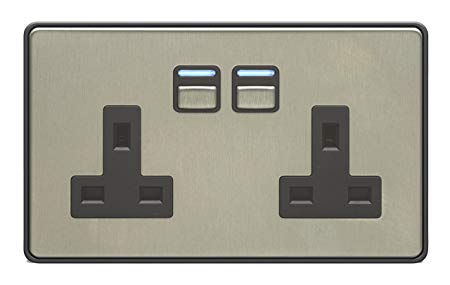 I have 19 overhead lights in my basement, which are currently controlled by 4 switches (no 3-way). All of the lights currently have Osram Color Temperature bulbs installed.

I want to install smart switches, and wire the fixtures to be always on and simply control using Smartthings rather than directly to the switch. I will then use the multi tap and hold features of the Homeseer switches to trigger scenes in Smartthings across all of the lights.

Can I buy Homeseer HS-WA100+ switches (add-ons) instead of HS-WS100+ switches? I know that if I were using the switches to control load to the fixture, I would need WS100+, but I am not doing that here.

The add-on’s are about $20 less so I was hoping to save if they met my needs. I specifically want to have multi-tap and press/hold features on each light switch.

2019 thread discussing “stackable” pocketsockets, that is ones that will not block the other outlet.

Does anyone know of a reliable but small wall plug? I’d like to have 2 in one double wall outlet. I’ve seen the iHome smart plugs and they are great in terms of size but I don’t need the hubless functionality. (they also don’t seem to have very good reviews) I just need something stackable that works well with Smartthings. Thanks in advance!

As of this writing, all of the sirens on the official compatibility list are zwave. The following 2019 thread has a discussion of some Wi-Fi and zigbee siren options if anybody needs those:

Can we add Cybernova wifi siren to ST? Connected Things

https://ifttt.com/smartlife Other WiFi sirens I like the D-Link Wi-Fi siren if you’re going to use IFTTT for the integration because it lets you select a sound as well as just turn the sirens on. But it’s been discontinued, so you can only find it used now. But if you’re looking for a very cheap choice, personally I would rather get a used dlink than a new cybernova. https://ifttt.com/dlink_siren Note, however, that you can’t turn it off through IFTTT.

Discussion of battery powered lights in the following thread:

New 2019 FAQ on switches that don’t require a neutral wire:

FAQ on zigbee light switches that work with smartthings:

As predicted, the echo plus using zigbee home automation profile means we are starting to see more of these devices available for the DIY market rather than just through pro installers. And prices are coming down a little, although the zigbee models still tend to cost more then either Z wave or Wi-Fi. This thread will only cover zigbee models. Mains-powered zigbee ZHA Wall switches All of the following are ZHA certified and should work as repeaters for your other zigbee devices. All of the mains-powered switches will require a neutral wire. M1) Centralite has just released two new models for sale through Amazon. These were introduced at a price of $49.99, but I would expect to see that come down a little as competing brands reach the market. The dimmer And the on/off Switch Bo…

2019 Thread on Pocketsockets, since a number of new models have come out since this thread began:

Brief 2019 discussion of bright smart bulbs that don’t require an additional Bridge/gateway/hub when using SmartThings. Applies to both the US and the UK.

Don’t really want a hub for the bulbs, but want a bulb that shines bright.

2019 thread discussing motion sensors which can be plugged in rather than battery operated. There are now several of these.

Battery operated lights. There aren’t any with direct integration, but there are a few options:

There are two different approaches to adding RGBW LED strips to a Samsung SmartThings ™ setup. Since there are now a number of different brands offering choices for both approaches, I thought it was time for a new thread. if you have personal experience with any particular brand/model, specifically with how well they integrate the new V3 smartthings app, please add it to this thread or link to an existing thread. Since this is 2020, please limit conversations to the 2018 or newer app, although custom code required is fine as long as it works with the V3 app. Smart LED Strips. Often the easiest way to do this is just to buy smart LED strips. These may look like an RGBW Bulb to smartthings, but will work just fine. Check product descriptions carefully as these usually come in a starter …