Sound like a cool project. I did the same thing in my place… but a lot less DIY! Just got a projector ceiling scissor lift from Future Automation and connected it to ST using this On/Off switch.

out of interest, what is the rough cost of one of those?

I got the PD2.5 which is an in ceiling scissor lift. From memory it was around the £2k mark. Expensive but it’s very well built and has never failed. They have a door type one as well which I think is less expensive

I also use a pic lift from Future automation to conceal a tv behind a mirror. exact same switch setup to control it.

also re: screen motorisation I just use the trigger out from the back of the projector, so no need for any other motor controller etc to open / close it.

yeah thats simple enough to setup, however at the moment my projector is a bit old, so i cant turn it on with anything other than IR (it has a web interface im working to exploit) the problem being i can turn it on if its up in a hidey hole so it would never trigger the motor.

im hoping to get the screen, projector and projector stand tied into either a scene or single virtual button on smart things. will be cool to have the projector light up and the screen to come down, and the projector to lower down and the lights to dim, all at the touch of one button.

the only thing i need after that is to turn on the amp and set to the correct input, but thats a job for later

Also 2k is a lot of cash for me, ha, im hoping to build this box for the £200 mark including Leds and such!

More parts have arrived for the build, looking forward to working on this hopefully tomorrow. still no sign of the actuator of fibaro relay though so maybe no actual motorization this weekend

I have bookmarked this, as I’d like to make my projector retractable in my home theater.

well I mostly finished the frame over the weekend. despite the weather (i was cutting outside and it was raining on and off) I decided to turn the whole thing around by 90 degrees so it doesnt look so big and it will line up witth the TV. Fitted the runners, but need to make a few adjustments to shelf design to make it slightly stronger. also the runner screws arent strong enough in the mdf so im going to replace them with bolts. The motor should be delivered today or tomorrow and the fibaro relay is also out for delivery. May not get much chance to work on it in the week as because its MDF i cant cut it indoors, its just too dust. but ill update you if i get to play with the mechanism at all. Here are the pictures of progress so far.

my motor and fibaro device have turned up today too! exciting!

yes it will hopefully be directly fixed into at least 2 joists, with some very large fixing screws and bolts…

I don’t want it dropping on my head or squashing the dog.

Managed to do a few test runs of the projector lift project lastnight. Still some strength needed to be added to the structure and the cables dont slide as well as I would like through the Eye bolts, a little too much force and friction. I need to look at other more slippy types of cable, if anyone has any suggestions?

Forget the eyelets you need pulleys.

I’m not sure about the actuator dimension but have you thought about just using two of those to directly lower raise the platform? Just a thought.

hmm thats an idea , although im wondering if the 90 degree turn might still be a bit much for it. Will have to see if i can find anyone who has tried something similar.

@brumster I have thought about some of those but there isnt a lot of space, and some of the amazon reviews werent favorable when working with loads. I was hoping i was going to be able to find loads of different kinds with all sorts of angle brackets on them. but it appears they arent as easy to buy as I had thought they would be.

Maybe i could make some from meccano…

I’ve had really good luck using sliding glass door replacement wheels as pulleys used along with 3/16 and 1/8 aircraft cable.
They have decent bearings in them and can be picked up at your local hardware store.
Some 1/4-20 hardware and angle brackets and you are good to go…

those do look promising, what kind of brackets would you use? or what search terms can I use to find them? 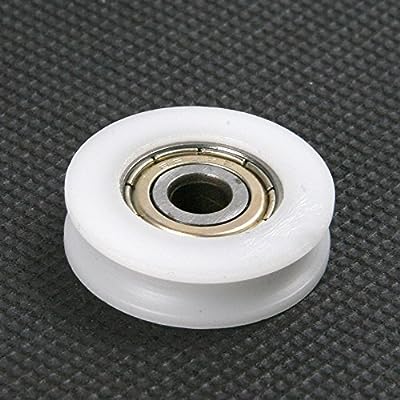 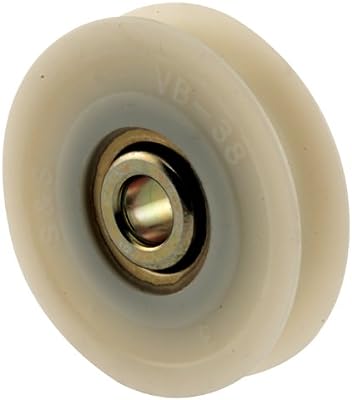 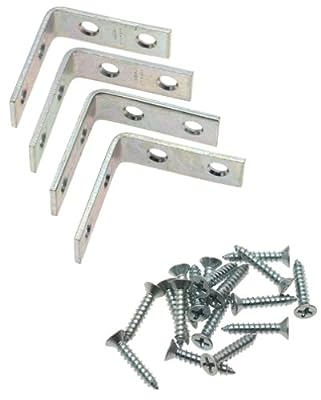 
Get a bracket size that’s suitable for the pulley OD, drill out the existing bracket hole to match your pulley ID, then away you go…

You do want to be mindfull of the bearing OD, there are recommendations for minimum bend radius for aircraft cable, so the cheep 13mm OD bearings are IMHO too small for 3/16 cable…
You’re not dealing with a ton of weight here, and the way you have it setup, if you do loose the cable, the drawer slide (should) keep this thing from falling out of the ceiling…

I’ve tried to recreate your projector lift and am having real troubles. Would be really grateful if you could get in touch if you see this!

which part are you struggling with?

The motor I was using to raise the lift was struggling. I sent it back to the company that made it, they tested it and said that whilst the dead weight I was
lifting was well within range, the actual forces were probably much higher due to friction on the cord as my cord was running through eyebolts and had 90 degree turns in it.

I am going to try to rebuild the cord routing to replace as many of the eyebolts as possible with pulleys to reduce the friction but am not sure about whether
there is better cord to use.

What did you use for yours?

Here is link to a folder that has some pics and vids of what I am trying to get working.

if im honest i had the same problem, the eyebolts were no good for running the cord, and the cable tended to stretch too much, i did in fact give up on my project as i didnt have the time to fix everything, i think a different approach might be required. but i never got around to designing one.

would be great to see what you do come up with