Build a Project Board Before Permanently Installing Devices

I wrote on my blog about a simple project board I put together where I can install switches and whatnot and make sure everything works before going through the hassle of permanent installation.

Ha, this is a much nicer version of mine… Except I used my to figure out exactly how the wires were run in my wall. You guessed, a switch loop… No neutral. 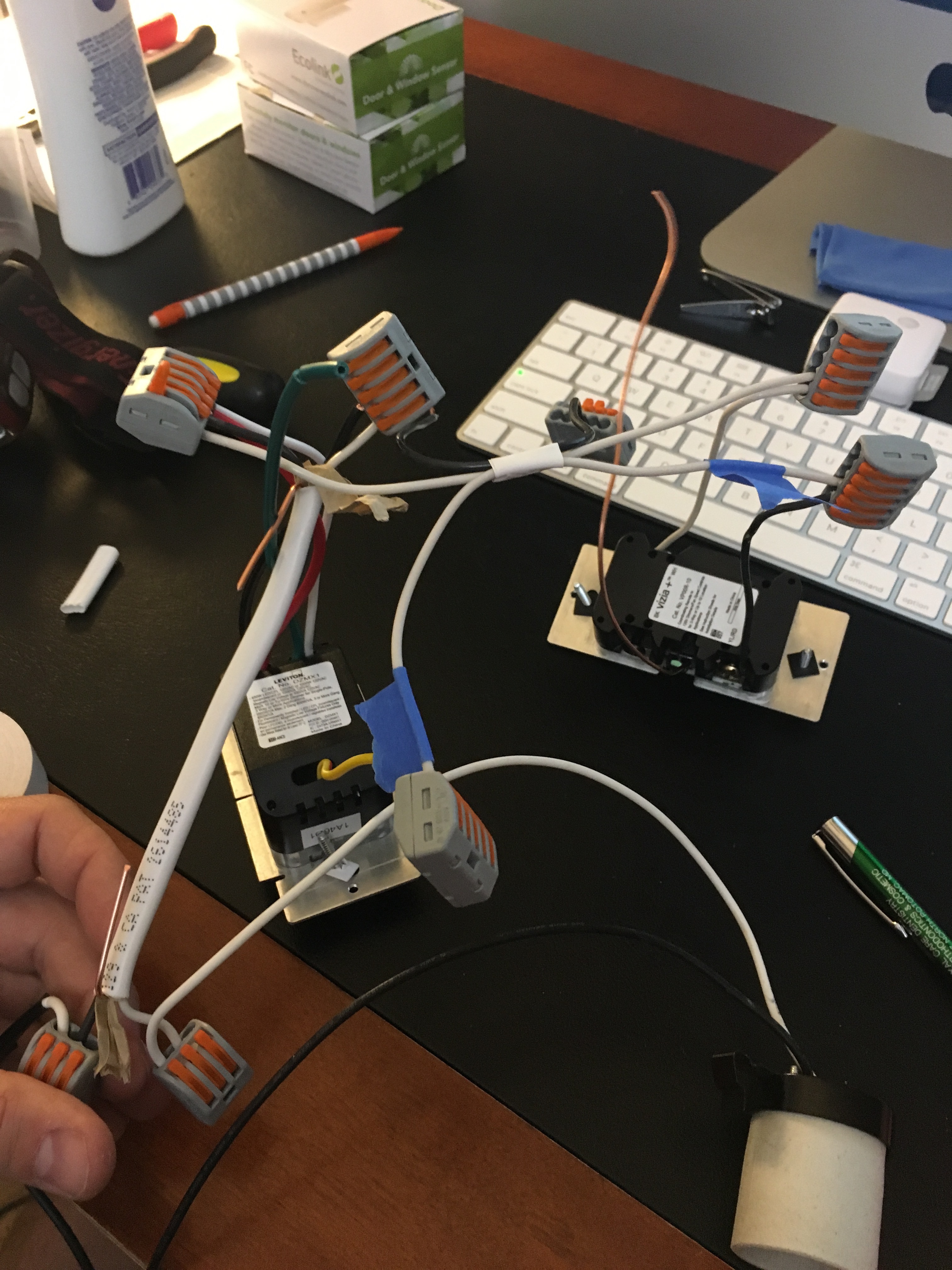 Fibaro just started releasing their dimmer in the US that works without a Neutral as long as you are using it with incandescent lights. The LED and CFLs will still need a neutral.

well i guess once i get moved in ill pull some light switches and see if i got neutral if not i hope its not super expensive to have neutrals ran into the box.

Remember, just because there is a white wire doesn’t mean you have a neutral. You should have 2 cables in the box. 1 for the line and one for the load. If there is a bunch of stuff in there you can always get a voltage detector or multimeter and see if the white wire is carrying 120 volts when the switch is off. If it is, you likely have no neutral.

yeah electrical work of that grade always make me nervous, i usually stick to smaller 12v automotive electrical lol.
I’ve been trying to figure out online how to test and see what wires are what in a box but not really finding the answers I’m looking for

I hear you. When I sold my last house I had to install some GFCI outlets as part of the contract. You’ve got to identify all the outlets in the circuit, find the most upstream (nearest the breaker) one, and that’s where you install the GFCI, making sure all the downstream outlets are properly protected.

My new house is 2015 construction so I’m not too worried about missing neutrals, but there are a lot of 3-way switches where finding exactly where to put the master switch could be an adventure; I only hope they made it easy on me and that line and load are in the same box.

If I ever move again, I am brining a screw driver and a multimeter with me house hunting.

well when i did my home inspection i pulled a couple outlets to check them out because i have a series of 2 outlets and a basement light that are all wired together and the 2 outlet plug are missing grounds. i pulled the plate cover on the outlet plug and quickly looked and said yeah forget this lol