Best motion sensor to trigger the lights? Low delay? (2016, now out of date)

I read so many reviews, so i’m not sure anymore.

Monoprice and ecolink take to much time to trigger

I believe the general consensus is that the Iris motion sensor is very fast. They also go on sale every now and then. Keep in mind that they are Zigbee so you’ll want to make sure that you have a strong Zigbee mesh as well. 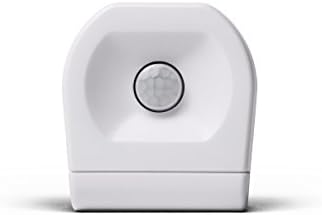 I have 3-4 different types of motion sensors, and their hardware response speed has never been slow. So my feeling is that the different motion sensor hardware does not matter, because they are fast enough, and the motion sensor does not actually publish the alarm to me anyroad.

The alarm system does matter. In fact, the ST alarm system has reported multiple false motion alarms to me, that were not immediately previously sent by my sensors.

I suggest don’t trigger the alarm in ST. Use ST sensors to notify you “quietly” for investigation.

If you are the only one in the house, no wife or children to disturb, then the noisy alarm shouldn’t be a problem for you. The forums have lots of advice about unexpected sirens that can’t be turned off.

I have a ST motion sensor. Triggering both Hue lights (through the Hue Bridge) and Wemo lights directly connected to the ST Hub take around the same time. There is a noticeable delay. I’ve just bought a Hue Motion sensor and will see if it triggers the hue lights faster. I’ll post back after I try it out once I get home from work

Use the Iris in 4 rooms. Never even notice a delay turning on lights. They are setup to pick us up just before we enter the room

Right. So I just put my Hue motion sensor next to my ST motion sensor and the Hue sensor is instant whereas the ST sensor has a delay. The only problem is the hue sensor runs through the hue app and is not quite as customisable as using ST. Still, the missus will be happy that the wardrobe no longer has a delay

My fastest 2 are the Enerwave ceiling mount and the Iris.

A state-of-the-art motion sensor, like the Enerwave Ceiling-Mounted PIR Motion Sensor (ZWN-BPC), is a great addition to any smart home setup. You can connect a motion sensor with other smart device...

I have Ecolink, Smartthings gen 1 and gen 2, and some Monoprice ones as well for comparison.

I replaced 100% of my ST motion sensors due to problems where the sensors seem to get into a “stuck” state and you have to remove them and re-add them in order to clear up the problem. I migrated to AEON and this problem no longer happens, HOWEVER… the AEON does seem to be slower and more importantly, their range is much lower than the ST motion sensors. I have one in my barn and I have to walk half way into it before it triggers the lights. The ST motion sensor saw me before I even entered into the barn. What I do like however is that that the AEON has a USB power option which can be nice when you have a large number of devices and don’t want to schedule a few hours to replace them every couple of years.

Here’s a little write up for a comparison between ZooZ, Monoprice and Ecolink sensors. Personally the ecolink sensors are brilliant!