That’s annoying, I saw some big people were doubting it’s z-wave repeating ability. Unfortunately that is after I purchased!

Any particular devices that you know to work reliably and very well for enhancing signal?

That’s annoying, I saw some big people were doubting it’s z-wave repeating ability. Unfortunately that is after I purchased!

Any particular devices that you know to work reliably and very well for enhancing signal?

You can’t enhance zwave signal anymore, pretty much everything that is running zwave classic (fourth generation) or Z wave plus (fifth generation) is already running at the maximum strength allowed by law. Enhancing was done for generations two and three, but not anymore.

Now you just have to be strategic with where you place repeaters in order to lay down a strong backbone. The old rule of thumb was two repeaters in every 40 foot zone, but a lot of people don’t like to spend that much money. With Z wave plus, you can usually extend the zone to 60 foot in a typical US house.

Again, that’s why I like pocket sockets, it’s easy to experiment with location.

Also, you probably already know this, but make sure you’re not flooding your network with a lot of unnecessary traffic like excessive polling. Even the best repeater can only handle one message at a time, so if there are a lot of extra messages they can create a bottleneck.

Thanks for all of the info!

Knowing that, which P pocket plug have you guys found to be the best as far as reliability, price, and range extension??

They’re inexpensive and work very well in our plaster/lathe home as well. Make sure you run a zwave repair each time you relocate them.

The Aeon Smart energy plug is fine, and certainly inexpensive, but again in this situation I would look for a Z wave plus device. The range will be significantly longer.

The Dragontec pocket socket that I mentioned before is only 10% more, but should give you a range of at least 40% more. So depending on the architecture of the house, it could end up costing considerably less.

Of course if the house is brick or Adobe or concrete such that you need to put a repeater in every room anyway, then the Aeon might be a better choice. Zwaveproducts.com sells them in bundles of two or four, which generally brings the price down to around $25 each.

Note: although officially zwave has a “67% improvement in range” over classic Z wave, that’s in open air. So up to 300 feet rather than 100 feet. But once you’re inside a house with all the various architectural barriers both generations will have a much shorter range. We usually usually find a range of about 40 to 50 feet For classic zwave. Zwave plus will likely be 60 to 75 feet in a typical US home. Very noticeable difference, but not the hundreds of feet you get in open air.

Going to take a look. Would prefer to do Z-Wave plus,spend a little extra but not have issues

I have both the Aeoon Smart energy switch and Gen5 smart plug and both seem to be pretty finicky with so-so range at best.

Are the HomeSteer and Dragon Tech devices the same?

Gen 5 is zwave plus (fifth generation, series 500, and Z wave plus all refer to the same thing) , but I have also heard that specific model is finicky. It may have to do with how they implemented secure pairing. It doesn’t seem to be any similar issue on their other models except for the newest pocket socket. Strange, but it happens.

Are the HomeSteer and Dragon Tech devices the same?

Honestly, I’m not sure. The light switches are different: The case is the same, but the firmware is significantly different. The HomeSeer light switch has additional features. But I don’t know if there are actually any differences for the pocket sockets.

Anyone else have suggestions for tried and true devices to spread z-wave through a tough house with planner walls and many levels?

Just had a thought-- if the walls are that old, they probably used a metal mesh lath to hold the plaster. That’s going to kill the signal.

Why Wireless Signals Won't Work in Some Homes | Today's Homeowner

Read this article to find out why wireless Internet, over air TV, and cell phone signals might not work in your home.

consequently, you may need to think about exactly where the signal can get through in each room, just as someone who lives in a cement house has to.

You may have to literally bounce a signal out the doorway and down the hall to get it from room to room.

In cement houses, people commonly use zigbee rather than Z wave because zwave is limited to four hops while zigbee can use 15 into the hub and 15 out again. So that gives you a lot more hops to play with as far as getting signal around corners when the walls block it.

You might also want to consider using a zwave lightbulb as a repeater. I know several people who use those to get signal down basement stairs or across the garage. These don’t have the same issues as ZHA bulbs–as long as the bulbs on power it should repeat for your others zwave devices. These wouldn’t usually be your first choice in a zone, but they can help solve a particularly tricky issue again, like those basement stairs.

The Domitech at $29 is probably the cheapest.

Know that all the Z wave bulbs may look like a regular A19 bulb, but they’re almost always A21s, which are noticeably bigger. The socket size is the same, they just stick out of the socket further. It’s often hard to find a lampshade to fit. So that’s another consideration. 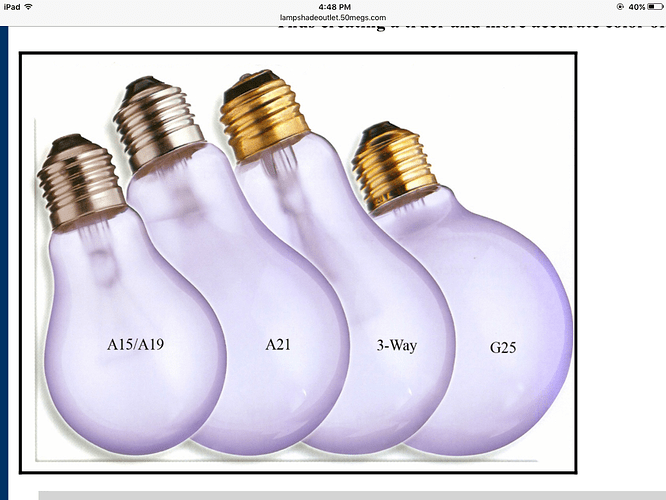 Of the light switch is off those will not repeat though right?

If the light switch is off those will not repeat though right? 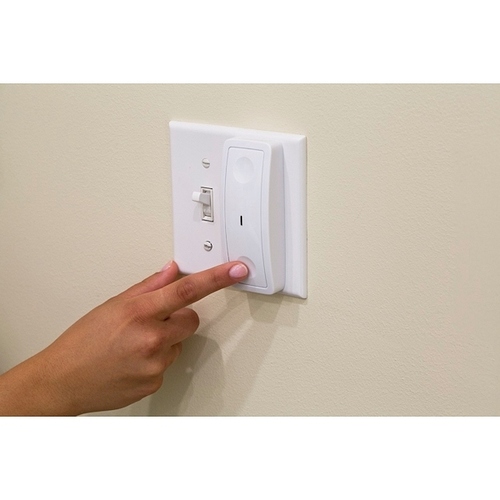 I think k my wife would kill me if I put those switches all over the house. I out in a GE z-wave dimmer and she was pissed. She likes the Lutron Dimmer with the physical slide to the side of the switch.

Getting 6 of the discounted Lowe’s pocket plug ZigBee outlets with z-wave repeating today. Going to see how/of those work.

Are there no z-wave plus in-wall receptacles?

Are there no z-wave plus in-wall receptacles?

They are just starting to come out. The GE 14313 has been certified, but I don’t think it’s released yet. Amazon has a listing that shows it as not available.

Leviton and Enerwave also have ones in development. I suspect Nortek does as well, although they don’t usually pre-announce products.

Meanwhile, some of the in wall relays are available in Z wave plus and those can be wired to an outlet.

if the walls are that old, they probably used a metal mesh lath to hold the plaster

This applies to my house. 1920’s construction, no neutrals at the switches. I got by with an older GE dimmer (without neutral) and an Aeon microswitch, but have recently added a few Iris sockets (more for the ZigBee repeating, but Zwave is a plus) and can reach out to the garage now without issue.

Placement is key. I’ve placed the hub in a location where it has no large metal surfaces between it and the two repeaters in the central stairway. There’s wood floors in the way, but that’s easier to get through than ductwork and mesh. From there it’s a fairly straight shot down the hallway or out the window to the garage.

I’ve found that the Iris sockets do still seem to repeat when the ZigBee switch is off. The errors that I’ve seen in the Z-wave repair occurred with my GE and Aeon microswitches as well, and with or without the Iris repeater in the mesh. Otherwise, I wouldn’t be reaching the garage as easily.

I have a couple extra Iris sockets. If I’m feeling adventurous, I might tear one open and see if power really is cut to the Z-wave radio…

I’ve found that the Iris sockets do still seem to repeat when the ZigBee switch is off. The errors that I’ve seen in the Z-wave repair occurred with my GE and Aeon microswitches as well, and with or without the Iris repeater in the mesh. Otherwise, I wouldn’t be reaching the garage as easily.

I have a couple extra Iris sockets. If I’m feeling adventurous, I might tear one open and see if power really is cut to the Z-wave radio…

That’s interesting. That is how I would’ve expected it to work, but then there were multiple forum reports, including some on iris forums, that’s the zwave got turned off with the table lamp.

Let us know what you find out!

It’s hard to say what’s actually happening (a network map in the IDE would be awesome). It could be coincidence that the garage became reachable after adding the Iris plug. Maybe the network found some other route that just managed to work that time.

Anyone know if these use security screws? Might have to stop at Harbor Freight on the way home and get some cheapo security bits.
Snaps together.

I would love to move my hub further from my router and more centralized, BUT I have no CAT5/6 runs in my house so without running one through plaster walls, I am basically stuck putting the HUB where my router is right?

Also, as far as the in-wall relays, I am not so sure I could fit those behind light switches and/or outlets in my house. Everything is tight in the boxes the the old wires with cloth wrapping are very hard to maneuver.