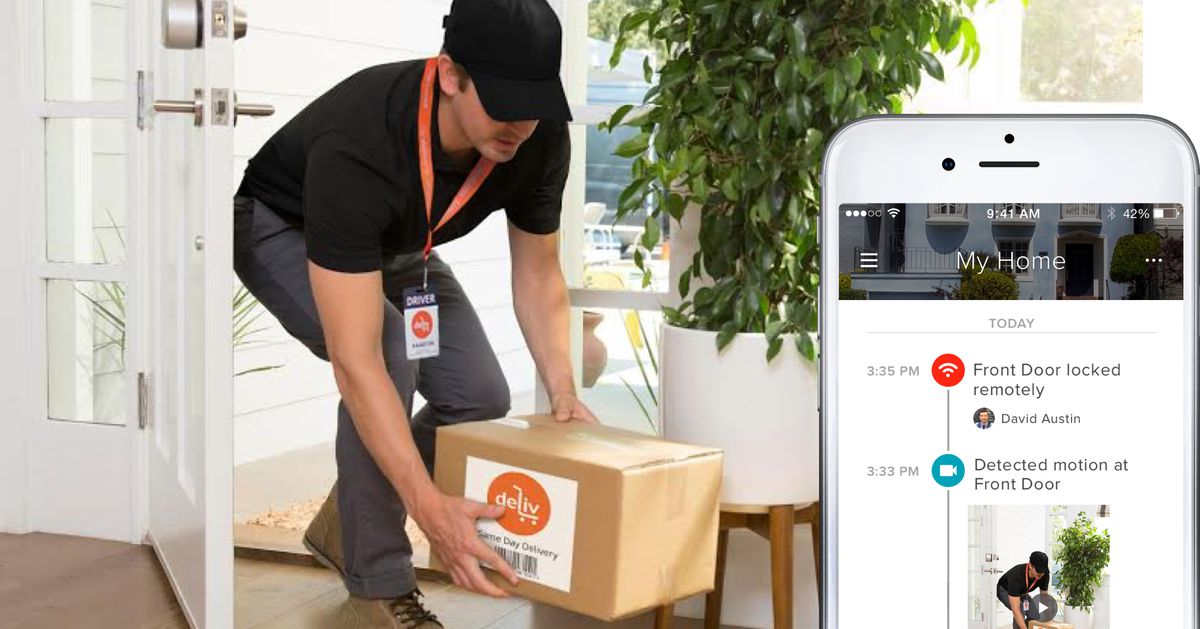 The main thing I like about this one versus Amazon’s is that because it’s an August the exterior door lock hardware looks just like it always did.

We have a utility closet right next to the garage which has its own lock. We had considered putting the Amazon connect on that closet door and taking deliveries there since there’s nothing inside the closet worth stealing and we wouldn’t have to worry about the dogs getting out, but felt that the locks that work Would call too much attention to themselves and make it obvious that there might then be something valuable inside. So we passed.

We had been waiting to see if Amazon was going to add one of the retrofit lock models, but this might be a better solution. However, since it’s not going to work with Amazon, that’s a whole separate issue.