Are smart things really that smart?

In the days of old home alarms, you would come home to find your house had been burgled with the siren annoying all the neighbours.
Now with my super smart home monitoring systen, I can watch as my house is being burgled ! Is that progress ?
Ideally I would like the camera notification to pop up on my phone as it does now when motion is detected in my garden and then I press a button on the app, wherever I am in the World to trigger the siren at home to actually PREVENT the burglary … is it a big ask ?
I can turn lights on from the other side of the world, I can control my home heating from the office and can warm the oven up before I get home … but I cant seem to find a siren/alarm which I can fully control whilst away from home

That’s exactly what I do with this. 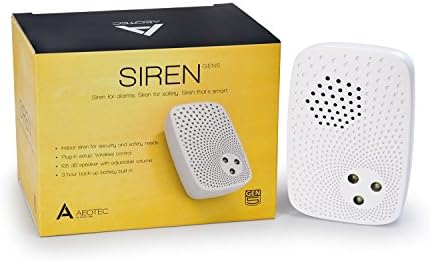 The only time its fully active with no oversite is when the dog is with us. Otherwise, I get a camera notification, investigate nd turn the siren on manually. It has a backup battery so will continue to run even when turned off.

What can’t you control?

I’ve just installed a DLINK Siren though not been brave enough to fully implement it yet - just use the door chime. I am able to remotely activate the siren if the need arises.

Absent a cadre of armed guards, burglary prevention is impossible. Best you can do is lessen the likelihood of it occurring, then make it more likely the culprits are caught if it happens to you.

Thanks for that … I have looked at the siren gen 5, but dismissed it when it wasn’t available here with a UK 3 pin plug. I guess the adaptor would suffice. So you can trigger this siren with a press of a button on the app, when away from the home ? Will definitely check this out again, cheers

Have checked out the Dlink options, but some reports of connectivityissues with SmartThings

This is true … but I just think that a siren going off before the damage is done, would spook them enough for them to make off ASAP. Not an experience they would be expecting.
If they smash a window, they know they have a time scale to get in and get out again…and they only need minutes ! By setting off the siren before they get that far is sure to frighten them off.

I currently have a security light and camera setup and have recent footage of two Lads in my garden having a good look around. They tried the shed and looked through the kitchen windows, but decided to move on (two other properties were burgled that night). I was just lucky, they did not find anything in my garden to put the window through. The “traditional” alarm would have gone off if they had, but the damage and possible loss of property is done then … I want to be able to stop them before that point… or at least try and stop them.

I picked one up for £25 so took the chance. It connects as an Aeon siren with no problems. A little harder to use a community written device handler but now works perfectly with a number of different sounds. Only been a week so early days but my finger is always ready to activate the siren. Just need to eliminate all causes of false alarms before I add it to SHM.