Anyone using UK smart plugs with The Hue Bridge?

i have two samsung zigbee plugs linke directly to my hub

not sure of you question

Ah! Now I know there is such a thing, the search was easy. Thanks for that.

However, those Samsung Zigbee plugs are £45 each!

Good to know that such a thing exists, but does anyone know of any cheaper ones? I can see multiple brands of Z Wave plugs for around £25.

Also, I know this is a ST site, but does anyone know if these Samsung plugs are recognised by Hue Hub? I suppose they should be, since they are Zigbee, but I gather that is not always the case.

IKEA do ZigBee plugs for £9
I bought one on Friday connects directly with SmartThings no problems.

Which model of Hue switches are you using?

There are a couple of plug-in pocket sockets which work with the hue bridge and then appear as a controllable smart bulb to SmartThings, so that’s probably the simplest option. Osram’s Smart+ Lightify line has both an indoor and an outdoor model which would work. Shop around: you should be able to find them for about £25. 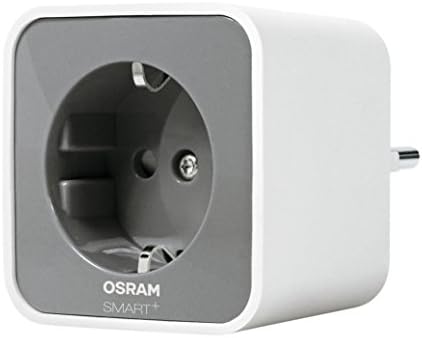 Innr also has a pocket socket that should work, but it’s not available at as many places. List price is around £30, but it can often be found for less.

The IKEA Plug works with SmartThings, but not with the Hue Bridge

The IKEA Tradfri pocket sockets are less expensive and can connect directly to smartthings as @Steveuk23 mentioned, I’m just not sure if they will also work with SmartThings through the Hue bridge or not. That’s why I asked what model number of switches you are using.

According to the Reddit Tradfri forum, including some postings by IKEA staff, the Tradfri outlet is not recognized by the Hue bridge at this time.

BTW, SmartThings is a multi protocol hub supporting both zigbee and zwave. In fact, all of the SmartThings-branded devices so far are zigbee. So you are fine there.

You are correct that the current Samsung SmartThings plugs are not recognized by the Hue bridge. Different profiles. See the zigbee profile FAQ:

Thanks for the reply and info. I’m using the latest model of Hue dimmer. The one with 4 buttons vertical On, dim up, dim down and Off.

I actually ordered a Tradfri seeing as it was Zigbee, but it isn’t detected by the Hue hub/software as noted above

I suppose that Osram one would work, but only if I change my plugs to EU two-pin rather than UK three-pin. The UK version is only a huge outdoor one. More annoying! hehe.

So far, it seems only the Samsung one fits the bill, but £45 per plug is a lot!

I found this one… 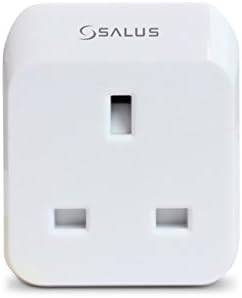 The Samsung model does not work with the hue bridge.

The only ones I know that do are Osram, Innr, and Paul Neuhaus. However, I do expect there to be more next year now that the Hue bridge supports zigbee 3.0.

I should also say that as far as I know, all of the pocket sockets only do on/off, not dimming. The old Philips “living whites” pocket socket did do dimming and does work with the hue bridge, but it was discontinued a couple of years ago and it’s very hard to find in good condition. It also has a lower load rating than the others, which means it should only be used for table lamps, you have to be careful not to plug-in anything with a higher draw.

The Samsung doesn’t do Hue? Oh well. I guess finding a cheaper one is a good idea for all reasons then!

Thanks very much for the info.

Looks like if I want my stuff working with Hue now, I’ll have to change to EU plugs… Hmm… Maybe I’ll give it a couple of months.

Why are you wanting one for your Hue hub ?
What does it give you over having one on your SmartThings hub ?
Sorry I don’t have Hue so not sure on its features, I’m sure I remember reading somewhere that the Hive plugs work with hue but can’t be 100%

The reason is I already have several Hue dimmer switches and want to operate some mains lamps with the same switch.

Finding a Hue compatible Zigbee smart plug appears the most elegant solution, though maybe not possible yet.

Sorry I don’t have Hue so not sure on its features, I’m sure I remember reading somewhere that the Hive plugs work with hue but can’t be 100%

The hive plugs use the same zigbee profile that smartthings does. They will work with SmartThings, but not with the hue bridge.

Some people have it working with SmartThings via the Hue bridge, but people report different levels of reliability.

Other people have tried using it directly with SmartThings, but almost all have given up after month or two because it just doesn’t stay reliably connected.

Yeah have read those and yeah, doesn’t sound great

Kinda why I was hoping to find a Hue compatible plug. Other methods are looking grim.

Think I just found one. 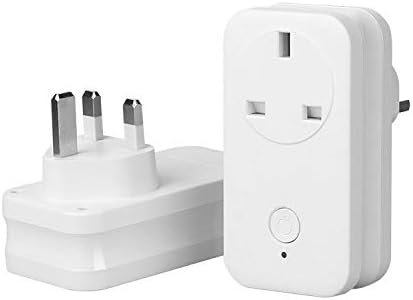 
I got a ceiling light switch from these guys which I tried today and it works as a Hue on/off light.
No reason these won’t work just the same.
Yay! Will let you know here when I’ve tried it (Thursday).
Adam_Brown_simplecre (Adam Brown (Simplecreatures)) December 5, 2018, 10:05am #17

Those ones are now unavailable from Amazon. I’ve got these ones, and they work with the Hue hub, showing up as an On/Off Light. They also work with ST using the standard Zigbee Switch Power type.

If I have them paired with the Hue hub, I cannot for the life of me get ST to see them, so it is an either/or it seems.

Hue have announced their own smart plugs for use with their hub. Unfortunately so far I have only seen details for US and EU plugs and no mention of a UK one.

I would expect eventually a UK model to be released.

Update! Despite Philips Hue not mentioning a UK model in their PR it turns out there is already one.

Weirdly not available in any stores or to order though?

Carly_Dewdney
Weirdly not available in any stores or to order though?

Yes, I mentioned Philips Hue had not included it in the launch PR so it looks based on Argos’ listing that it is not yet shipping but clearly will be soonish.