I’m using Lutron’s Serena Shades. They are expensive but well worth it. nice quality, very quiet, and they can be controlled by my harmony/ST w/ the Echo.

I just got an email from Amazon concerning Developer tools for Alexa/Echo and this caught my eye.

Today, we also announced Speech Synthesis Markup Language (SSML)
support in the Alexa Skills Kit, which gives you additional control
over how Alexa generates speech from your text response.
You can influence Alexa’s inflection, including pauses, periods,
pronunciation and interpretation (like how to specify digits, dates or
times).
Learn more about SSML support.

Hmm… that doesn’t look like new functionality so much as improvements on existing. ASK has the ability to send just about anything to Echo, I think… but there’s a lot of overhead. It isn’t a simple matter like with Ubi (send an HTTPget command) or Sonos (commands can be built right into a SmartApp).

As far as I know, there’s no short cut to send anything to Echo yet. You have to have a full blown application running on a server somewhere.

I’m cheating right now with my Ubi to get voice commands to Echo. I paired Ubi to Echo over BT. So I can still push commands to Ubi and have Echo say them, but it means I’m still reliant on Ubi. But I can put Ubi away in a cupboard where I have an outlet, so that means a little less clutter and I don’t have to worry about “false activations” on Ubi.

Is there anything on the Alexa road map to allow ST send commands to Alexa?

Do you mean commands in the sense of telling Alexa/Echo to say something? Theoretically that’s possible now, but only with some really advanced work using A.S.K. and building your own applications on a server… cumbersome, though theoretically possible.

There’s hope that Amazon will eventually add a much easier text-to-speech capability, but it doesn’t exists right now.

If you mean commands in the sense of “If the battery level on device x drops below 2%, tell alexa to add batteries to my shopping list…” That isn’t possible at all right now… but that would be kinda cool.

Has anyone else seen in the Echo app under skills it has a new skill to directly control Scout Alarms. You can arm/disarm, check status of sensors and latest activity. [image]

Wait. We’re twins. But you were here first so I should probably change my avatar.

Can you imagine the havoc wreaked by twin Coyotes…?

I have no idea where I read it, but when the Echo was first released, there were several references that stated that they chose the name “Alexa” to pay homage to the great library of Alexandria.

If Alexa is not your bag you can change it if you like.

The only other choice is Amazon.

If Alexa is not your bag you can change it if you like.

Right now the only two choices are “Alexa” and “Amazon.” They said they’re going to add more awake words eventually, but no timeline announced.

Any body else annoyed with the new Amazon echo commercial???

Yes!!! extremely annoyed because my damn Echo in the kitchen can hear it and wakes up… it’s really creepy because the blue eye starts hunting for the voice… I keep waiting for it to say “my precious!”

Found this on web haven’t tried it yet 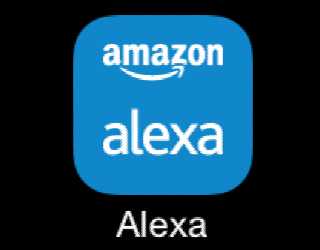 Can I change my Amazon Echo's name to not be "Alexa"? - Ask Dave Taylor

The Amazon Echo is a terrific device, but it only responds to the name "Alexa". Or does it? In this tutorial, I'll show you how to change it to "Amazon"...

Yeah, that still only gives you “Amazon” or “Alexa” to choose from.

Chris,
You nailed it on the head. I’m getting my idea cues from a basic alarm system that has voice notifications and chimes. until then, I’m crossing my fingers for the Google Chrome Audio product that was released not too long ago.

As for your other interaction, that would awesome as well. Would be one step closer to feeling like Tony Stark.

Custom commands shouldn’t really be that hard from a technical standpoint. I mean Ubi can already do those… could do those a long time ago. So I would expect Amazon should be able to do that.

I might be back end problems more than being able to recognize the voice command though. It could be that they don’t want to mess up the work flow of a voice command to Echo. All the extra A.S.K. stuff right now always makes you add an extra layer…

Alexa, ask [insert service] to do [request] instead of Alexa, do [request] so it could be that they are nervous about breaking the clean work flow they have with Alexa right now.

Can Amazon Echo play sounds due to SmartThings activity. e.g. Smart Home Monitoring? My thoughts, it will play a sound of a dog barking.