I have generally found Amazon support very helpful, but the show is a new product, so I’m sure everybody’s getting up to speed.

If it works for you, I would try talking to them on the phone or through chat rather than just through email. That way you can exchange information more quickly and maybe get onto the real problem.

I just switched the Nest camera and the

Not that has anything to do with anything, but out of curiosity, are you paying the nest aware subscription for any one of your cameras? I have it for 3 of mine.

I don’t pay for any of mine…

Here is my lag…

What Sonos, Alexa and Nest have in common? Devices & Integrations

Can Alexa automatically turn on the Nest cam when there is motion at the front door? The answer is Sonos!

FWIW - I tested this twice today after reading your reported 30 second lag.
From the OK after the request to Alexa, the camera feed is live in 4 seconds on my system.
What are seeing with the bounce back to the home screen,then pulling Netgear screen is exactly what I see as well. Perhaps Network issue more than anything else?
I am sorry this is your experience, mine is totally different.

And I got my show today! Finally! That my wife ordered for me!

What kind of magic can I do?

you can use the power of patience, when alexa refuses to turn off her display.

Received it the day it was released. Sitting on my nightstand and works as an alarm clock for me.

You can actually turn off the display.

Yeah. The thing about that is I say those exact words over and over and alexa says, what device? 2 out of 10 times it works.

Will try this and let you know. As such after the display is off, have you tried Alexa, wake up?

Yeah. The thing about that is I say those exact words over and over and alexa says, what device? 2 out of 10 times it works.

Try saying: “Alexa, Off Screen” without Turn. I have had much better results / consistency with that phrase. And slow your speech slightly between off and screen so she doesn’t think you said offscreen.

What really drives me crazy is damn near every time I say turn off your screen it comes back with, sorry, what device? Oh? What device? The one that’s about to be smashed to bits on the floor.

@WB70 Apparently this is a known bug. If your Echo Show hears or answers a home automation command, it will not be able to turn off the screen for a minute or so. If you wait enough time, ‘Alexa screen off’ (or any other variation of the command) will work. I was told Amazon is trying to work on a fix.

Fire TV owners could already control their set with voice commands, but doing so used to mean having to pick up the remote. Now that Amazon’s set top box..


The most compelling functionality in all of this is the one that’s still on the way. Amazon will also be adding smart home security camera functionality to the system, so users will be able to call up feeds from August, Netgear Arlo, Ring and others directly on the set. In a way, the integration lets a Fire TV-enabled set double as a big Echo Show. That’s currently listed as “coming soon.”
OrangeScuba (Orange Scuba) August 25, 2017, 2:18pm #175

Does anyone know of a way to access the motion sensor on the Amazon Show? I would like to utilize it as a trigger in WebCoRE. I figure no one has a basic DTH for it yet? 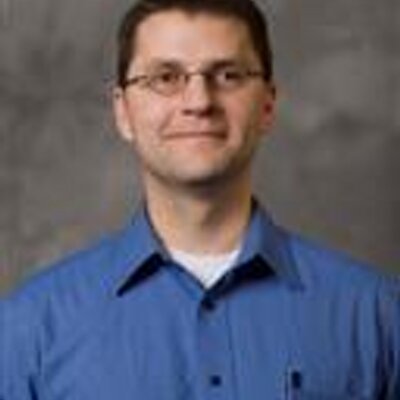 Very sad to see Google going this route. It’s one of the things I used to love about them. They didn’t compete solely by locking down the ecosystem. Very disappointed to see them falling into this trend as well.

They should focus on making Google home better and not trying to gimp other brands.

Think I will post a bad review on YouTube. Not likely to affect any real change but it’s the least I can do.

Article about the YouTube removal from the Echo Show.

Amazon
Google made a change today around 3 pm. YouTube used to be available to our shared customers on Echo Show. As of this afternoon, Google has chosen to no longer make YouTube available on Echo Show, without explanation and without notification to customers. There is no technical reason for that decision, which is disappointing and hurts both of our customers.

Google
We’ve been in negotiations with Amazon for a long time, working towards an agreement that provides great experiences for customers on both platforms. Amazon’s implementation of YouTube on the Echo Show violates our terms of service, creating a broken user experience. We hope to be able to reach an agreement and resolve these issues soon.

This is going to be interesting…Especially considering that Amazon does not allow 4K Netflix on their Fire TVs.

You know it’s trouble when there is no Chromecast on Amazon.com.