I don’t believe there is any arm/disarm delay available for SHM without some type of custom code (CORE)…or at least I haven’t found a way. If you enter an active alarm area to disarm, it will trigger before you can disarm it, and likewise if you set it while you’re in an active zone, it will arm, and trigger as soon as you move, open. Door, etc.

My solution since our primary entry is thru the garage, was to spend the $35 and put an Echo Dot in the garage, and do the arm/disarm there (I use a virtual momentary switch, not IFTTT). Prior to that, I had a Minimote in both vehicles, (they actually worked outside of my garage), and one “stashed” away in the garage for trusted friends.

I think JDRoberts has posted several time on how to set up the virtual switch, but again it doesn’t offer any native delay.

There is a custom app called Echosistant and a wiki that has a good description of how to do that… its not that straight forward though. I suggest you read through the whole wiki page and the description of the “Security Plug In” in particular:

I use presence sensors with “routine director,” “everyone leaves,” and “Someone arrives” to activate SHM through routines automatically when leaving or arriving. The wife and I receive both txt messages and ST push notifications when the routine runs. We use comprehensive routines to take care of everything from SHM and the door locks to lights and thermostats. Additionally, the geofencing for our phones is adjustable; which enabled me to prevent false activations within about a week by adjusting the distance to account for geo-reference variations. We also have dedicated touch panels running Actiontiles which allow us to activate and deactivate “stay” Alarms from several locations throughout the house. Finally, bedtime and wake routines are enabled with Alexa through virtual switches to enable alarm functions with voice. Hope this helps.

Hi
SmartThings doesn’t have the right options to allow a delay.
I have mine delayed but I’m using CoRE.
So I created a virtual switch called “alarm” and a routine called “alarm” that is set to enable the SHM.
So then set up CoRE that when the switch is switched on wait 2 mins then activate the alarm routine

I did something similar using CoRE. I created a virtual siren and pointed SHM towards it for an alarm. I then created a rule in CoRE that says if the virtual siren turns on then:

and so forth, till after the 4th time it just turns on the full siren. When the virtual siren is turned off then CoRE turns off the real siren.

It’s not pretty code manually laid out but I hadn’t bothered learning a more advance CoRE method. I figure that I could make a sub routine with those 3 lines and have the piston call that subroutine how many times I want.

It seemed to work fine in my testing until in the past couple of days when my hub has been freaking out and having looonnnggg delays I just disabled it till the problem gets sorted out on the hub.

This comes up a lot internally. We are thinking about it but no details outside of that to share at the moment.

PIN protected SHM control Tile is rolling out to ActionTiles within the next several days, but this Feature would be infinitely more useful with exit & entry “grace delays”.

How do you handle “disarming” grace delay?

We can figure out how to delay activating Armed State from Disarmed, but once SHM is has been Armed (Stay or Away), then don’t intrusions immediately trigger Alarm Actions, thus giving no opportunity for a SmartApp to delay the alarm with sufficient time for disarming?

How do you handle “disarming” grace delay?

We can figure out how to delay activating Armed State from Disarmed, but once SHM is has been Armed (Stay or Away), then don’t intrusions immediately trigger Alarm Actions, thus giving no opportunity for a SmartApp to delay the alarm with sufficient time for disarming

When I get home I’ll pm you.

When I get home I’ll pm you.

And to let everyone know…

EchoSistant can not do an intrusion alarm delay. At least not directly…

It can do exit delay arming with PIN control as well as PIN controlled disarming.

Is this at least on the roadmap to be added? It’s, for me, the number one thing that needs to be added so my SmartThings install can do what my alarm system did. I would think its “easy”.

I put in a support request about it and was told many other users have requested the same thing and my name would be added to the list. Does everyone jsut need to put in support requests until the list has xx people on it so it can be added?

Is there any news from Samsung on this? It is frustrating that something that seems so simple (and is usually a part of any system like this) isn’t quickly pushed out in an update…

Smartthings and ADT are now selling a package deal for a security system that is professionally monitored: 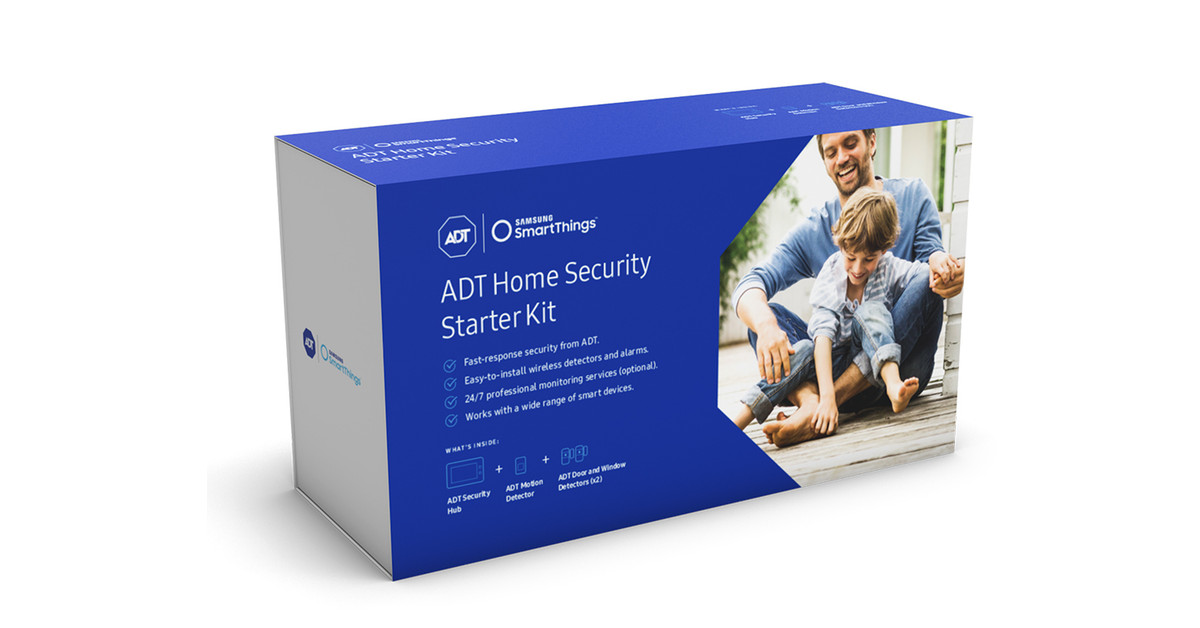 Samsung announced a new SmartThings-powered home security system today, but with an interesting twist: the company has partnered with ADT, a professional home security company, to provide optional s...

Given there is STILL no entry delay without completely insane (and opaque, to the average user) workarounds, and with all of the presence detection issues lately, I’m surprised that ADT would sign on to this deal. Or maybe I shouldn’t be… since they’re not exactly the most upstanding company in the world.

I just hope folks who buy this package understand what will happen when the cops show up repeatedly for false alarms. Where I live, that’ll get expensive quick.
~P

Keep emailing support, leave comments on reviews in the app store, etc. Only thing we can do apparently.

The ADT system is a completely separate system using a different network protocol which does have exit delay. See the existing active thread for more details:

[image] $550 kit at BestBuy [image] Looks like there are several new ADT/SmartThings branded devices too that say “Requires an ADT security hub” on box… contact, motion, keychain remote, smoke, CO and leak For ADT response you have to use these new devices (encrypted?). Other devices/sensors can still be used but won’t trigger ADT call. Details on hub (7" touchscreen, siren, battery and cell backup, pro monitoring by ADT optional):

Again, see the other thread for more details.

Ah thanks. I did search for ADT before responding but didn’t see a thread come up.

It’s clear that you can’t use your existing SmartThings sensors to trigger the ADT security features.

It’s not clear yet whether the SmartThings piece will be aware that one of the special security sensors was triggered or not in order to tie it in to other home automation rules like the lights coming on.

Hello, I do use action tiles and I am very interested in this method. Could you please give me some details on how to achieve this with action tiles ?