Thinking about getting the package since it is supposed to be $99 from Samsung next week.

Most of the reviews, however, seem to imply that it will not work with existing (non ADT labeled) ST devices and doesn’t show in the ST app. Is this (still?) the case?

Not sure which reviews you were looking at, but the answers are both in this thread above and also in the forum FAQ:

This question turns out to be more complicated then you would think. The new ADT/SmartThings security panel has two separate control silos, one for triggering calls to the ADT monitoring center and one for home automation rules. Only the new devices which have both the ADT logo and the SmartThings logo on the box can be used with the new ADT/SmartThings security panel to trigger alerts to the ADT monitoring center. And those are the only devices that can trigger those alerts. Those devices are not using zwave. They are not using zigbee. They use their own proprietary protocol. However, if you just want to set up home automation rules like turn the entryway light on if the contact sensor on the front door opens after sunset, then the new sensors will show up on your list of sensors when …

Originally it only worked with the classic app, but I understand that it now worked with both apps.

ADT has updated their FAQ for this system on their own site:

I’ve been lurking this thread ever since the beginning. Finally bit the bullet and got the ADT starter kit because I just couldn’t pass it up at the $100 price around black Friday. Door and window sensors were also marked down to $10 each, so got 5 of them as well. Going to set the system up over the holidays. No unmonitored z-wave items yet, missed the sale on switches. Hoping everything goes smoothly!

I know it’s not z-wave, but can anyone comment on using Nest Hello with this? Possible or no? It doesn’t appear in the works with smartthings list last I checked so I’m guessing not.

I think you should go look at the nest manager threads and such for answers. As long as that device integrates with Smartthings, you would be able to use it in that same manor with the ADT Smartthings panel.

This is really just a question of if that device integrates at all.

I am curious if ADT smart things will work with the new alexa guard that will be released. I read ADT pulse does so I am hoping so.

It’s actually ADT’s regular security systems that work with it, not the pulse part specifically. Abode, Ring, and Scout do as well.

It’s essentially an Alexa API For a security panel device class. I think it’s likely that smartthings will add it eventually for the ADT model line, I just don’t know when or if it will come from the ADT development team or the smartthings side. That could make a difference as it’s possible that the official feature would work only with the ADT model. But we’ll see. 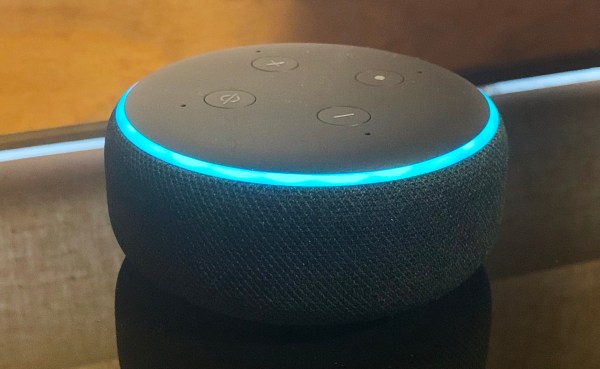 I’ve got the ADT startup kit on the way to replace my current 2Gig GC3, mainly so I can integrate the alarm into my routines through webcore.

This may sound like a crazy question, but is there a way to use the ADT sensors only for home automation rules or will they trigger the alarm no matter what?

Right now I can get the ADT sensors for about half the cost of regular zwave door/window sensors, and I want to put some on my windows so if I open them they’ll shut off the AC. But I don’t want the alarm going off if I leave one of the windows open and head out.

First if a sensor is used is based on the setup of the sensor. There are three options in the ADT Dashbord to set the sensor up for the way it is used: Entey/Exit, Perimeter, and No Response. The Entry/Exit option will tell ADT to apply entry exit delays. This is normally used for doors you come and go from. The perimeter option is for windows and some doors and will trigger the alarm immediately if they open. The No Response option is effectively for none security items like a liquor cabinet.

Second. if you leave the window open and arm the alarm it will put that sensor in bypass. That simply means it is turned off at that time to not trigger alarms.

I would suggest you set them all as they should be and let the alarm bypass sensors when you need them to not trigger for your example. This is pretty seamless and will provide you the best security.

So that sounds exactly what I’m looking to do. If I set all the window sensors as perimeter they will trigger the alarm if opened by I should be still able to use them in automaton routines. Thanks for the help!

Okay, since this seems to be the place where all the ADT hub people hang out, I was told I might want to ask my questions here. A few days ago after a hub reboot all but a couple of my devices show as “Disconnected” in the new SmartThings app. The devices display properly and work fine in the Classic app and the IDE. They only show disconnected in the new app but they still respond to commands. I’ve rebooted the hub several times and forced closed the app but that didn’t fix the issue. The problem I have is that I cannot add any new automations in new app because the devices cannot be selected when they are “Disconnected.” What the heck can I do to get new automations in place since routines in the Classic app won’t run on the ADT hub? Is there another way for me to get them in while I wait for tech support to contact me (if they ever do)?

What the heck can I do to get new automations in place since routines in the Classic app won’t run on the ADT hub?

I’m not an ADT Hub expert, but where did you get the impression that Classic App Routines are not compatible with the ADT Hub?

new app supports the ADT hub, but you don’t have to use it.

Well, when I first got the hub I setup three routines in the Classic app and not a single one of them would run. I’ve had a v2 Hub for a couple of years so I know how to setup routines. They were really basic routines such as turn stuff on at sunset and turn them off at sunrise or turn things on at a certain time. Not a single one of the three ran. I removed them and set them back up with same results. The moment I put them in the new app they ran immediately. Back when that happened I went searching and found this on the SmartThings site.

" I just purchased a SmartThings Hub. Which app do I use?

That is what all that lead me to believe the Classic app routines didn’t work with the ADT hub. If they do work, that is great but now I’ll need to find out why they aren’t working with mine specifically.

Well, when I first got the hub I setup three routines in the Classic app and not a single one of them would run. I’ve had a v2 Hub for a couple of years so I know how to setup routines. They were really basic routines such as turn stuff on at sunset and turn them off at sunrise or turn things on at a certain time. Not a single one of the three ran.

This is definitely not expected.

As mentioned, Routines run in the Cloud, not Hub, and, as far as I know, even “new SmartThings Customers” don’t have anything different about their Cloud Accounts - regardless of what App is recommended.

Now I wonder if it was a cloud issue for me. The day I was putting them in I was forced to migrate to the new Samsung login account, also migrating from a V2, moving to a new email address (to consolidate all my Samsung accounts), and changing all the app logins on multiple devices. Maybe quickly setting up the routines within a couple of minutes after making all those changes didn’t allow time for things to propagate in the Cloud correctly. I did notice a few days later that even “My SmartApps” that I had put in that day in the new account seemed to have disappeared and I had to download them again.

Thanks for clearing that up for me. Like I said, all the behavior I saw and read that day made me think I had to use the new app. I’m glad that isn’t the case. I do like the looks and feel of the new app but right now it is way too buggy and I find myself more frustrated with it than enjoying the experience.

Thanks for the update about the new app. I got no notification from Samsung and since it is working was not really worried about it. I may try the new app but not in a hurry as what I have is working. Also just installed ADT Tools 2 and love the fact I can arm and disarm based on triggers and routines.

I use both the old app and the new for the ADT Hub. Each seems to have pros and cons