A simple way to get alerts when your doorbell is rung

I just figured out a fairly simple way to get alerts when my doorbell is rung. I have a wired 24v doorbell.

I believe many others work the same way as mine:
Pushing the doorbell outside triggers a magnetic coil inside that fires a pin to hit the bell.

I don’t quite have the know-how to create a smartapp for this, so I just called it a door sensor and set up an alert for when the door sensor opens. So when someone rings the doorbell I get this message, “Doorbell is open”. Ideally I wouldn’t have to call it a door sensor and the message could say, “Doorbell was rung”, but I’m sure someone smarter than I am can figure that out.

The other downside is that as you can see in the picture, the enclosure doesn’t fit all the way on anymore. It’s up high in a hallway, so no one actually notices it, but I assume someone else might know a way to take the z-wave sensor apart to make it small enough to fit inside cleanly. I also would assume that one of those recessed door sensors would fit inside the enclosure fine.

Some reasons why I wanted alerts for my doorbell: 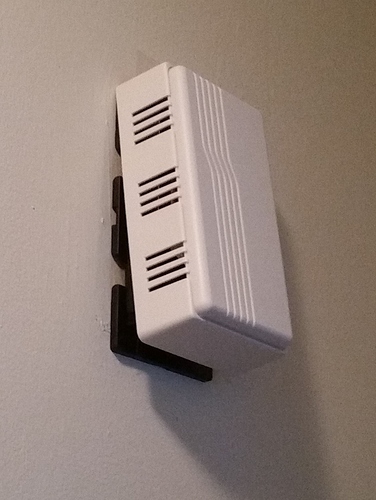 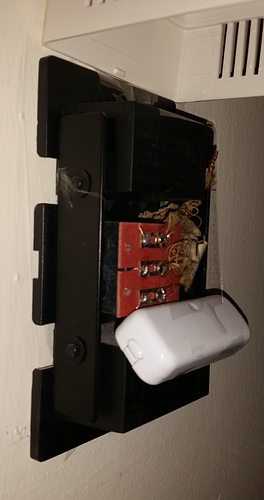 Very cool!!! I will write an app later tonight for what you’re looking for

The push notification will be customizable by you

If you use the “notify me when” app you can just set a custom message for the open event.

Awesome. Thanks @greg and @tslagle13. I appreciate the help. I love this stuff, I just know nothing about the coding side of things. I’ve played with it, but I’m a little in over my head with that.

This was actually my second attempt at getting doorbell alerts. I used to use HomeSeer. With that I used the Everspring Door/Window Sensor that has a dry contact sensor. In my first attempt I foolishly fried the sensor, apparently 24v is too much for that sensor. I ended up just disconnecting the 24v doorbell transformer and hooking up a new Everspring sensor. That worked for the sensor, but by disconnecting the power it made it so the actual doorbell no longer would work. Annoying, but with HomeSeer I was able to trigger a doorbell noise within iTunes on a HTPC that was always on.

So Smarthings made me have to come up with a whole new way of doing it.

Thanks, @greg. I just switched it to use the “Notify Me When” smartapp instead. That works great. I wish all the other smartapps were more adjustable within the app. I know in some of the past “Office Hours” sessions they’ve talked about making some kind of build-your-own smartapp app. Coming from HomeSeer, I was very used to that being the norm. Every time you created an event in HomeSeer you had almost limitless options: messages, delays, conditions, etc.

yeah I use the notify me when app a lot. Like you, I’m not a coder. I tried to cut and paste some of my own apps together from other people’s apps, but it just hasn’t worked out for me. I sincerely hope they add the rule builder option soon or add more extensive documentation for people new to coding.

yeah I use the notify me when app a lot

Holy cow! I never knew this existed!!! Haha i guess this is a curse of writing your own code. You write before you check. Woops haha.

I sincerely hope they add the rule builder option soon

Maybe @ben has a few words of encouragement here?

Tim if you are still itching to write an app tonight I have a wish list for ya!

@Johnny_Davy this is great! I tried hooking up a SmartSense Multi similar to your setup. While it didn’t trigger an open to close action, the Multi sensed the vibration and was listed as “Active”. Success! I think if I take the Multi out of the casing, I should be able to fit it under the doorbell cover. Hmmm.

Now onto getting the wife to approve another ST device

That’s cool. I’ve been wanting to do something similar with a MimoLite. Seeing your pics got me off my (you know what) to try it. It Worked! I just wired the two leads to be power to the MimoLite. And since the mimo can be configured to send notification on power off, it trips a millisecond after the bell riings and power is lost again. What’s nice is it won’t take batteries. Here’s a pic. I have the same bell as @Johnny_Davy and it looks like the plastic box on one side can be cut out to accept the mimo. 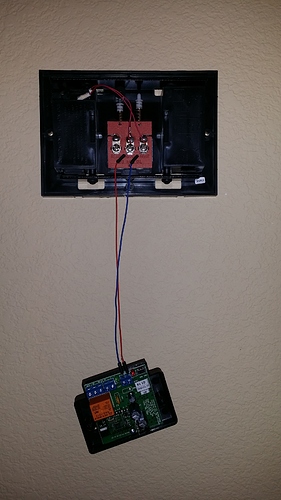 Tim if you are still itching to write an app tonight I have a wish list for ya!

Send me a PM. Lets get some cool new stuff to the community!

Awesome, @wackware! I’m glad I could inspire you. I’ll have to take a look and see if I can take that plastic piece off so I can fit in the sensor.

I tried hooking up a SmartSense Multi similar to your setup. While it didn’t trigger an open to close action, the Multi sensed the vibration

@ziemba_jason, I originally tried that too, but I couldn’t get enough vibration to trigger the Multi. I may have been doing something wrong though. Glad it worked for you.

@wackware I’ve got a MIMOlite I’ve been planning to hook up for doorbell notifications. Your setup looks a lot simpler than what I’ve been envisioning. I’d been planning on using a relay or transistor board to interface with the input on the MIMOlite while keeping it powered. I’d love to know how you configured yours.

I’d tried using a multi inside the bell case to detect vibration, but the bell is on the other side of the wall from the stairs. Every time the kids ran up or down I’d get a notification. 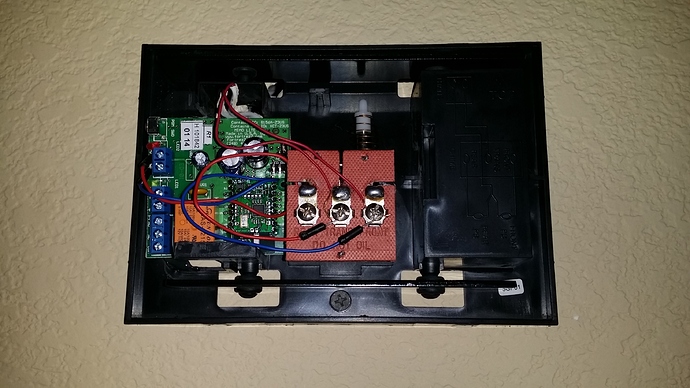 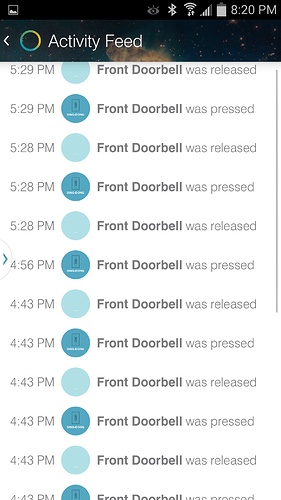 Is this the device you are talking about (MIMOLite)? If so, is there a cheaper device I can turn into a door bell sensor? This one is pricy to kill.

Will I still be able to wire it to the door bell power output?

@wackware Your setup is definitely simpler than what I was planning. How hard is to to configure the MIMOlite that way? I assume it will treat a power outage as a doorbell ring?

No, I actually trip it on any communication other than loss of power.