I have not tried it yet, but according to the article you do not need to root the device.

I got one of these and was able to install google play via the steps in the above link without rooting. I installed the Google Play Store and then via the store Sharp Tools and Tasker. Currently, I am having issues getting tasker profiles to run but I suspect that is more a problem of my unfamiliarity with Tasker than it is the platform or software.

I recently got one, and I can say it is a pretty good tablet after root, install google store and change the launcher to google now launcher.
I just followed the links below. The hardest part wast to install the adb drivers windows, after that was only 1 click on the batch script.

Those of you that have installed the Google Play store, are you also getting Google Play Services installed (which is needed for push events)?

Currently, I am having issues getting tasker profiles to run but I suspect that is more a problem of my unfamiliarity with Tasker than it is the platform or software.

Feel free to PM me or start a new thread and tag me (@joshua_lyon) and I would be happy to take a look. I’m the developer of SharpTools, so I can help you out with SharpTools Tasker integration. Also note that there are a few examples listed on the SharpTools site that might get you started:

A summarized and condensed listing of examples showing how to use the SharpTools Android app which provides Widgets and Tasker integration for SmartThings.

I would probably start with something simple like creating a Task that has just one action in it like Plugins > SharpTools > A Thing to directly control a light. From there, you should be able to run the Task using the play button in the bottom left of the screen and at least confirm the basics work. Once you get that going, you can build on that creating a profile, etc…

Note that I don’t have a an Amazon Fire so if it’s a Fire-specific issue it may be hard for me to troubleshoot!

The fires seem like a hassle. I got this LG 7" g pad tablet on ebay refurbed for $60 with lollipop. It lets me pin an app (i.e. smarttiles) so its all you can use without the unlock code. It turns on with facial recognition automatically or just double tap the screen to turn it off and on. No side loading to do any of this. I am looking into wall mounting it as in this thread, but i think you guys might reconsider the fires.

To be honest, looking through the thread it doesn’t look like it’s that difficult at all and $42 Vs. $60 and new Vs. refurb.

These Kindles are great. I rooted mine, but you don’t actually have to do this. Just side load the Google Play store and it gives the ability to install Tasker (and Motion Detector if you like auto-wake up). 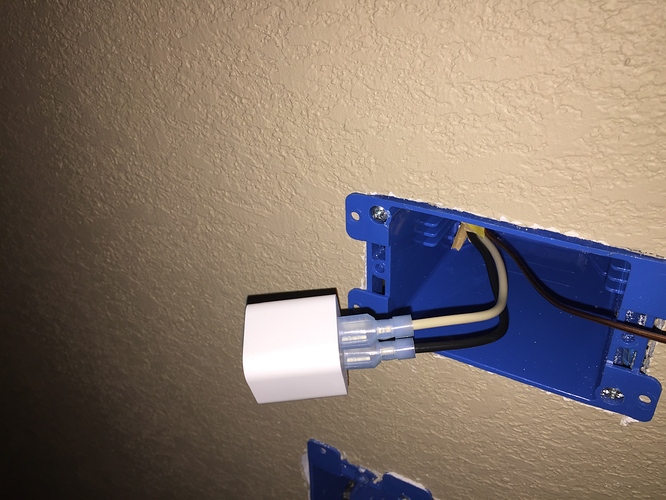 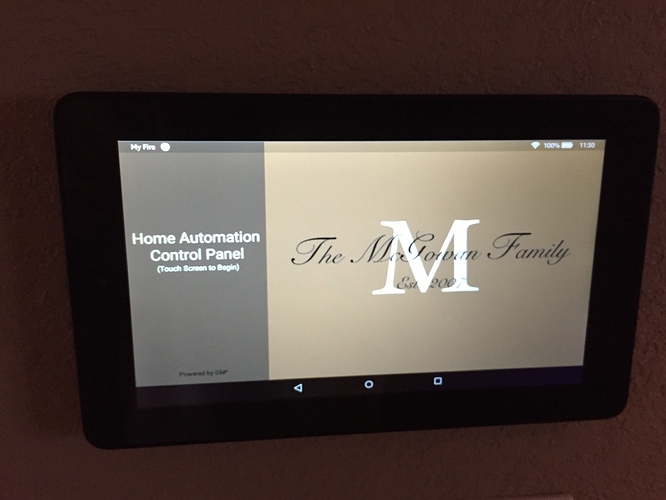 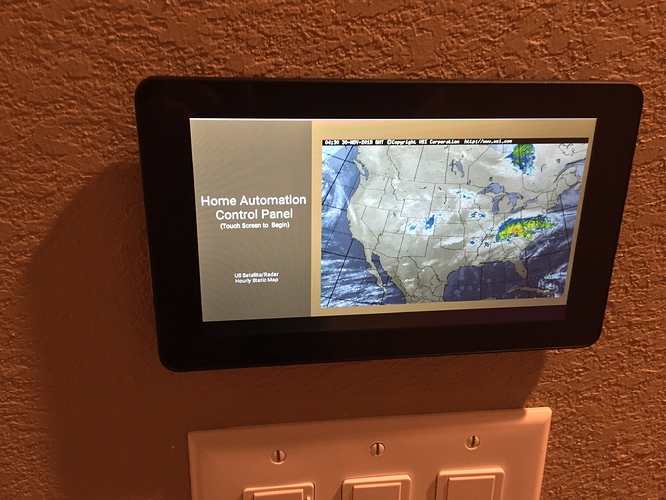 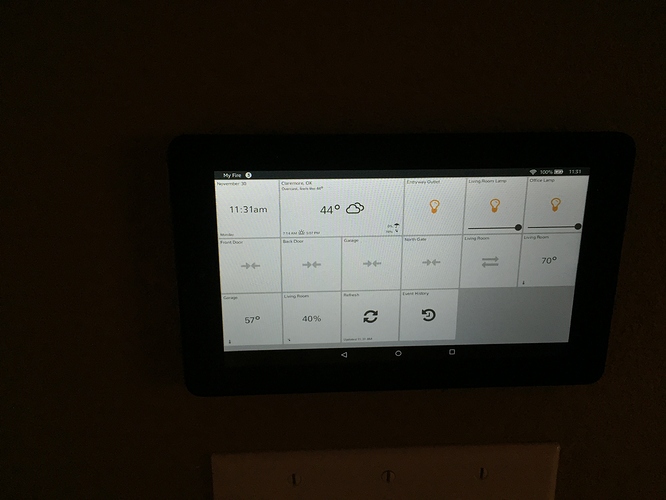 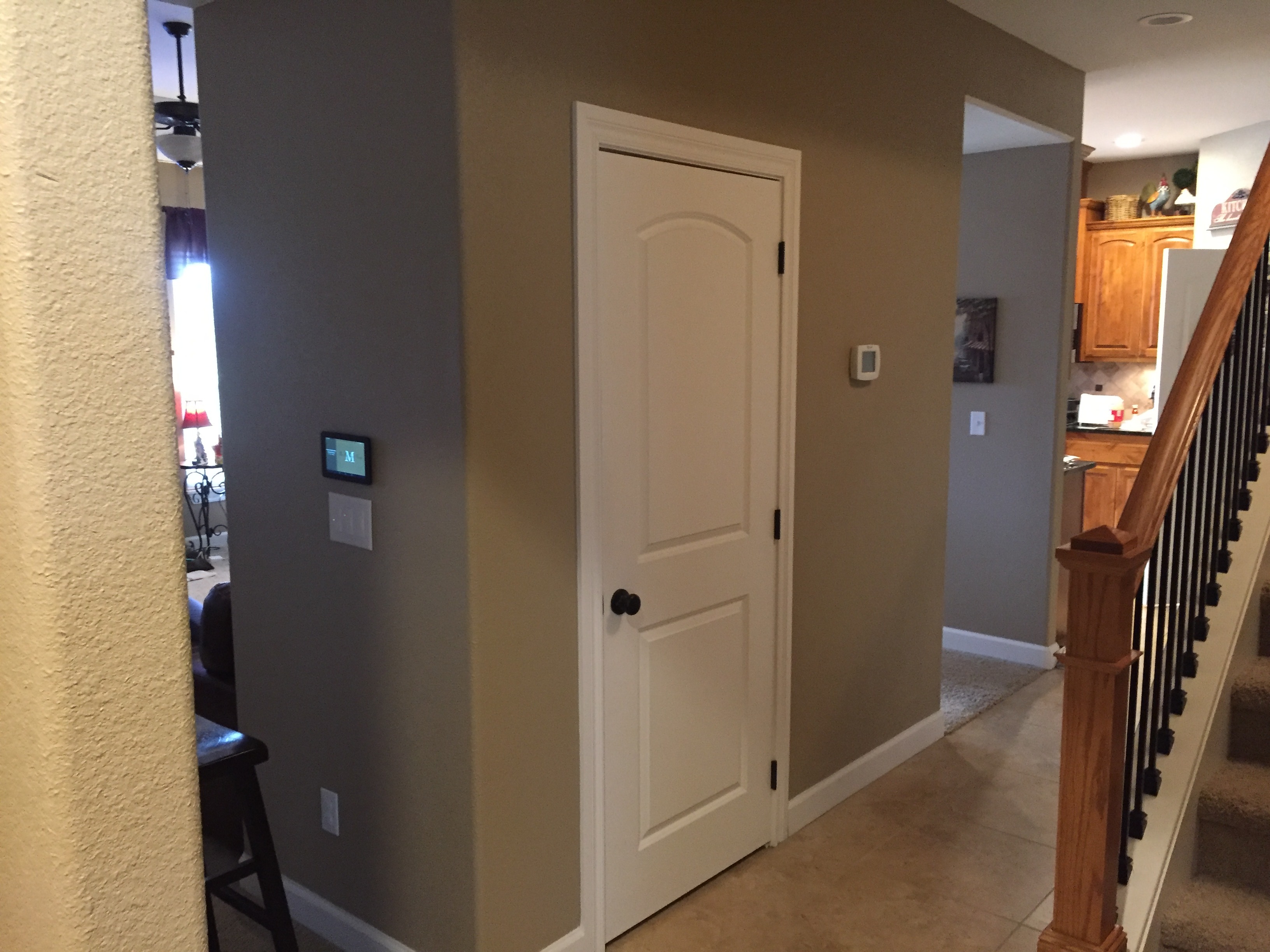 Also… I didn’t want the USB connector visible so I tapped the connector from the inside and ran a USB cable through the back (try that with a $300 iPad!) 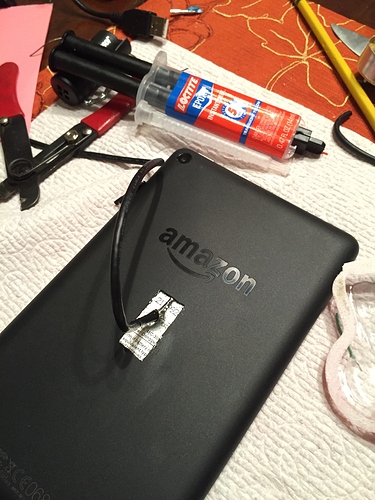 Do you have instructions on how to root it? This looks awesome.

Here are the instructions on how to root these devices:

One thing I hoped root would allow me to do is disable keyguard (aka the lock screen). But, the custom Amazon Android doesn’t allow for it. It’s not a big deal to me. I like my screensaver approach the more I use it.

I think he means how you mounted it! Looks clean!

Can you link to the Motion Detector app? Or is that a function in tasker? Its been a long time sense I’ve played around in tasker. And I couldn’t find a “Motion Detector” app in the play store quickly that wakes the device when you walk up to it.

I love my fires, but If I can get some of them to shut off / wake up based on motion, it would be great.

Here is the link to motion detector. I believe it was posted earlier in this thread. 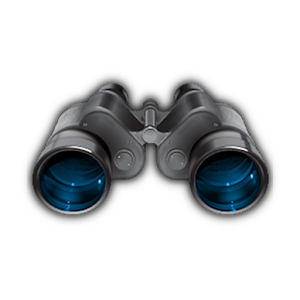 This app broadcasts intent (an event). You’ll configure Tasker to trigger a wake up task when motion is detected.

If you’re wanting the device to wake up and jump right to SmartTiles you may be in for disappointment. There doesn’t appear to be a way to bypass the lock screen (keyguard), or at least I couldn’t get it to work. Having to swipe and enter a password is annoying in my opinion.

I could configure motion detection/Tasker to stop my screensaver and present SmartTiles, but this is because I set the option to never go to sleep while plugged in.

I ended up changing to Cyanogen mod instead. Now I can truly remove the lockscreen and motion detector works.

As far as I last checked, it was only for the older Gen Fire’s but that may have changed since I looked.

I have not done this but the site listed below has file links and a youtube video for CM 12.1 rom on the Fire 7 2015.

[Videos] Tutorials on how to root, flash roms and more on the Amazon Fire 5th...

Ya @ErnieG I just watched the video. That’s our device for sure. I’ll give it a try on the wife’s tablet first.

@JTT sorry I doubted you.

Yes, 5th gen latest Fire tablet. All you need is ADB to boot to TWRP. From there you can flash CM12

The XDA link above has the newest version (new release posted today). The biggest challenge was getting ADB drivers working for this.